Quote:
The Marx Brothers try and put on a play before their landlord finds out that they have run out of money. To confuse the landlord they pretend that the play’s author has contracted some terrible disease and can’t be moved. Originally a stage play, the setting shows it’s origins, but this is vintage Marx Brothers. END_OF_DOCUMENT_TOKEN_TO_BE_REPLACED

Plot Synopsis by Sandra Brennan
In this musical comedy, an irresponsible young heir is betrothed to the singing daughter of a wealthy matron.

Unfortunately, the willful young is not even slightly interested in her “fiance,” preferring the attentions of another instead. Unfortunately, the other man has a big problem. Though he really loves the girl, he will lose his $3 million inheritance if he marries her before the age of 30. Complicating matters is the private detective assigned to keep him from getting to involved with women such as the heroine. END_OF_DOCUMENT_TOKEN_TO_BE_REPLACED

Plot: Blackstone ‘Blacky’ Gorman, rising service station owner, is blessed with the devotion of supremely sweet and noble Marje Harris, but he meets coquettish and silly debutante Glory Franklyn and, between Glory’s charm and his social ambition, is snared into an upscale marriage that proves to have its downside. Written by Rod Crawford
END_OF_DOCUMENT_TOKEN_TO_BE_REPLACED 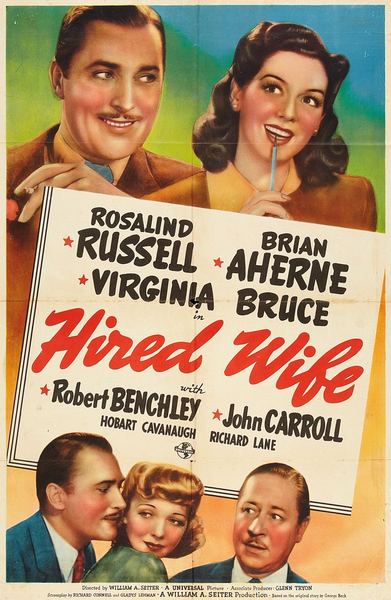 Synopsis:
Kendal Browning is a secretary in love with her boss, Stephen Dexter, a man who every spring succumbs to his weakness for blondes. Much to Kendal’s chagrin, Stephen’s current affliction is model Phyllis Walden. When Stephen’s cement company is threatened with a takeover by one of his competitors, Stephen’s attorney, Roger Van Horn, suggests that Stephen marry and put his assets in his wife’s name, thus averting the danger of takeover. Stephen foolishly dispatches Kendal to bring back Phyllis as his bride, but Kendal cleverly tenders Stephen’s proposal in such a way that Phyllis rejects him, thereby making Kendal Stephen’s bride by proxy. On their wedding night, Kendal confesses her deviousness to Stephen, who throws her out until he realizes that his new wife owns everything. END_OF_DOCUMENT_TOKEN_TO_BE_REPLACED 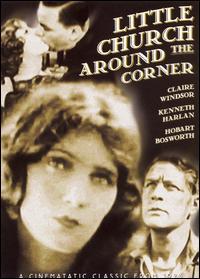 The Little Church Around the Corner is important as the first major financial success for the fledgling Warner Bros. studios. Kenneth Harlan plays a mining-town clergyman who falls in love with his benefactor’s daughter. He is about to settle into a life of cozy complacency when a group of miners come to his doorstep, asking that the minister plead to the owners for better living conditions. To prove himself to be “one” with the miners, Harlan moves into their shanty community. This causes a rift with his sweetheart’s father, who happens to be one of the owners. A cave-in, an angry mob and a supposed miracle are part and parcel of this 1923 adaptation of the war-horse Marion Russell play, which is directed with a sure, subtle hand by William A. Seiter. ~ Hal Erickson END_OF_DOCUMENT_TOKEN_TO_BE_REPLACED