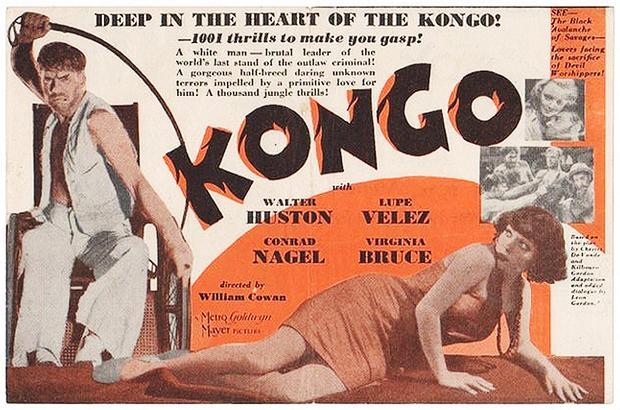 Quote:
A remake of West of Zanibar, this strange, gut-wrenching melodrama set in the African jungles, offers a disturbing portrait of a bitter, crippled and insane megalomaniac who vents his rage via mental torture against all those who get too near. Walter Huston plays the madman who lost the use of his legs during a battle with his nemesis Gordon. The accident happened many years ago and since then Huston has dragged himself about in his jungle home making the lives of those around him waking nightmares. He has terrified the local tribesmen into total submission with his knowledge deadly voodoo (he tells them guns are magical instruments). He is even crueler to his fellow Anglos. A young white woman comes to visit one day. Believing her to be the daughter of his arch rival Gordon, he gleefully embarks upon a heavy reign of psychological abuse until the poor girl is nearly destroyed. For more fun, he gets a new doctor addicted to drugs and of course he can also torment the woman who loves him, Velez. The horror continues until Gordon suddenly shows up. Vengeful Huston quickly picks a fight and during the ensuing struggle Gordon tells Huston a bitter truth, one that leads Huston to a horrible realization. END_OF_DOCUMENT_TOKEN_TO_BE_REPLACED