Orson Welles – The Tragedy of Othello: The Moor of Venice [European Version] (1952)

Criterion Collection writes:
Gloriously cinematic despite its tiny budget, Orson Welles’s Othello is a testament to the filmmaker’s stubborn willingness to pursue his vision to the ends of the earth. Unmatched in his passionate identification with Shakespeare’s imagination, Welles brings his inventive visual approach to this enduring tragedy of jealousy, bigotry, and rage, and also gives a towering performance as the Moor of Venice, alongside Suzanne Cloutier as the innocent Desdemona, and Micheál MacLiammóir as the scheming Iago. Shot over the course of three years in Italy and Morocco and plagued by many logistical problems, this fiercely independent film joins Macbeth and Chimes at Midnight in making the case for Welles as the cinema’s most audacious interpreter of the Bard. END_OF_DOCUMENT_TOKEN_TO_BE_REPLACED 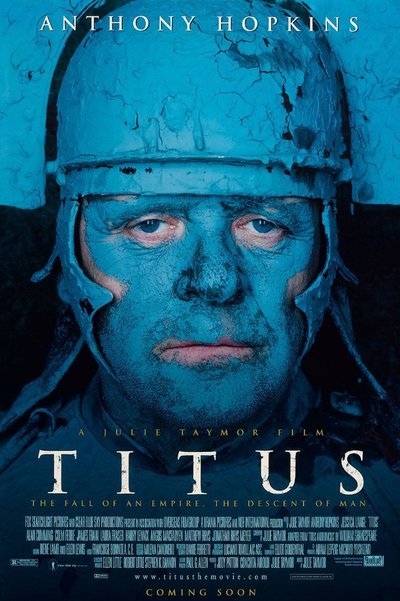 Titus returns victorious from war, only to plant the seeds of future turmoil for himself and his family. END_OF_DOCUMENT_TOKEN_TO_BE_REPLACED

King Lear, old and tired, divides his kingdom among his daughters, giving great importance to their protestations of love for him. When Cordelia, youngest and most honest, refuses to idly flatter the old man in return for favor, he banishes her and turns for support to his remaining daughters. But Goneril and Regan have no love for him and instead plot to take all his power from him. In a parallel, Lear’s loyal courtier Gloucester favors his illegitimate son Edmund after being told lies about his faithful son Edgar. Madness and tragedy befall both ill-starred fathers. END_OF_DOCUMENT_TOKEN_TO_BE_REPLACED

Hamlet is going crazy. His father has died suddenly of a strange disease, and his mother has married her deceased husband’s brother, of all people, after just one month. Hamlet has nighttime visions of his father, who claims his brother poisoned him, and exhorts Hamlet to take revenge and kill his new stepfather. Hamlet acts the part of the crazy man in order to hide his plans, and loses his grip on reality in the process. The whole world becomes a stagnant swamp to him. Desire and sexuality become a threatening abyss. The friends surrounding him turn out to be spies deployed by his stepfather to keep an eye on him. END_OF_DOCUMENT_TOKEN_TO_BE_REPLACED

Review by The Little Songbird @IMDb:
I have always loved the poetry and intensity of Shakespeare’s dialogue in Othello, and I have also found the play one of his more dramatically concise ones. This Othello from Russia is excellent, and very interesting as well. It is handsome to look at, the photography flows nicely and the locations are splendid. The symbolic palette to emphasise Othello’s contrasts between physical and temperamental is also interestingly used. The film is smartly written and intelligently adapted and it is directed beautifully by Sergei Yutkevitch. END_OF_DOCUMENT_TOKEN_TO_BE_REPLACED

Olivier’s Hamlet is the Shakespeare film that has received the most prestigious accolades, winning the Academy Awards for Best Picture and Best Actor. However, it was poorly received by Shakespearean purists, who felt that Olivier had made too many alterations and excisions to the four-hour play by cutting nearly two hours worth of content. END_OF_DOCUMENT_TOKEN_TO_BE_REPLACED