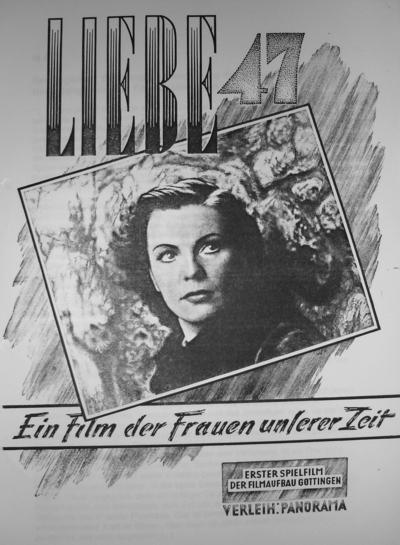 from German Postwar Films: Life and Love in the Ruins by Wilfried Wilms & William Rasch

(…) By the time Liebeneiner’s film appeared in theaters, the genre of the “returnee film” (Heimkehrerfilm) and the “rubble film” (Trümmerfilm) had become the stuff of ironic commentary. In Robert Stemmle’s Berliner Ballade (1948), the imaginary Berlin of 2048 is juxtaposed with “archival material from 1948” and a voiceover expresses the likely dismay of many in the audience: “not another Heimkehrerfilm!” And in Rudolf Jugert’s Film ohne Titel, a screenwriter, an actor, and a director debate what kind of film will attract audiences. If anti-Nazi films that explored questions of guilt were unpopular, they agreed, then the “rubble film” and the “returnee” film would certainly not fill movie houses. Once tragedy, these genres were now the subject of satire; their time had come and gone. END_OF_DOCUMENT_TOKEN_TO_BE_REPLACED