synopsis
Relationship between father and son against the background of the Maoist regime in China, starting at the end of the Cultural Revolution in the year that Mao died (1976), and into the following two decades. The father, a painter, had been interned in a labour camp for “re-education”, and lost his ability to paint. Upon being released he teaches his son to draw, but is obsessive about it and doesn’t allow his son any freedom or independence. Their convoluted relationship throughout the son’s childhood and into adulthood is shown in an absorbing way. The film is also a snapshot of the political and social changes that China was undergoing. END_OF_DOCUMENT_TOKEN_TO_BE_REPLACED

Like Douglas Sirk without the throw pillows, “Sunflower” is a shamelessly old-fashioned melodrama performed with such sincerity that resistance is futile. Following a troubled father-son relationship over more than 30 years in post-Cultural Revolution Beijing, the movie utilizes a simple dramatic structure to support a narrative filled with tumultuous social change. END_OF_DOCUMENT_TOKEN_TO_BE_REPLACED

A slow-simmering, Western-style action drama of blood feud, misfired machismo, and spiritual quest spread across Tibet’s rolling steppes and scorching deserts, “Soul on a String” follows the travails of a hunter led by fate to deliver a sacred stone to a mythic mountain despite motley foes at his heels. Chinese director Zhang Yang (“Shower,” “Sunflower”) eschews the thrill of propulsive duels for a discursive allegorical approach, serving up picturesque visuals, highland-dry humor, and karmic plot twists. While the nearly two-and-a-half-hour running time is sure to hamper theatrical release prospects, Zhang’s quirky blend of genre and art-house elements should ensure considerable fest play. END_OF_DOCUMENT_TOKEN_TO_BE_REPLACED 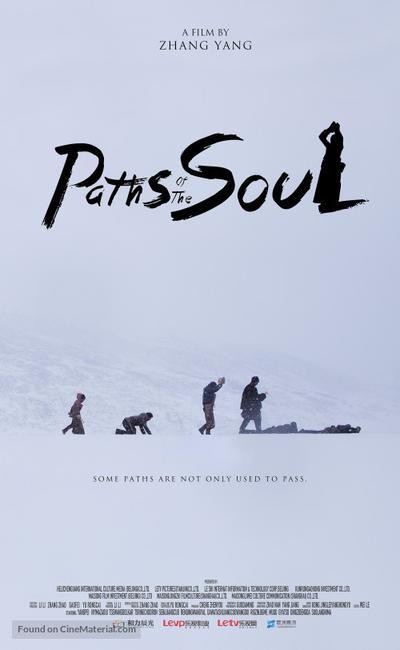 Quote:
Docu-drama follows the journey of a group of Tibetans on a pilgrimage to Lasa, the holy capital of Tibet. The journey covers 1,200 km on foot, in a continuous repetition of prostrating one’s self on the ground. Over 10 months, we see the simplicity of human relationships and the nature of family, suffering, and resolve. END_OF_DOCUMENT_TOKEN_TO_BE_REPLACED