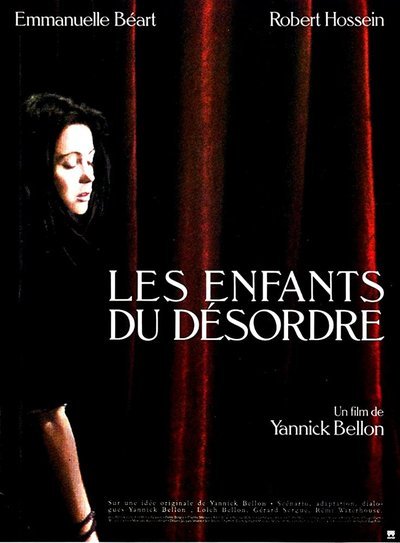 Quote:
ne of Emmanuelle Beart’s less known part but one of her most emotionally intense ,”Les Enfants Du Desordre” is a work by Yannick Bellon,once nicknamed the female Andre Cayatte (which ,IMHO ,is no insult for Cayatte paved a reliable way to activist directors ),who was the first in France to tackle the burning subject of rape ,just like a woman would do (she was preceded by American Ida Lupino ).Her work dealing with cancer (“L’Amour Nu”) was not as convincing,taking place in privileged milieus whereas her “La Triche” about homosexuality was downright embarrassing :killing the gay at the end of her movie is not an improvement on the American works of the sixties such as “the fox” or “children’s hour” ! END_OF_DOCUMENT_TOKEN_TO_BE_REPLACED

After 18 years of married life, Jean leaves his wife, Nadine, so that he can start a new life with his mistress, Christine. Nadine is distraught by this rejection and sinks into a deep depression, which she finally manages to overcome with the support of her son, Rémi. She gets herself a job with a law firm and begins a relationship with a likeable engineer named David. With the latter’s help, Nadine resumes her studies and acquires a new lease of life. When Jean returns to her, she sends him away. END_OF_DOCUMENT_TOKEN_TO_BE_REPLACED

Quote:
The description of several fates, several desperate lives in an inhuman city. A city where no one really exists. It is probably the most depressing movie – french movie – of all time. Every detail, every shot, every dialogue shows us there is no future for the human being. All along this feature, the director – Bellon – gives the audience sequences of darkness, monotony, emptiness. Death in a near future. All kind of deaths. The score makes me think of a whisper, a song from a graveyard. I would say it’s a sort of documentary. END_OF_DOCUMENT_TOKEN_TO_BE_REPLACED

Quote:
Nicole, nurse in Grenoble, is raped one night by four men. Deeply scarred, emotionally and physically, she thinks she will never recover from the trauma. Following a friend’s advice, she decides to file a lawsuit. END_OF_DOCUMENT_TOKEN_TO_BE_REPLACED

Quote:
Claire (Marlene Jobert), a bilingual UNESCO interpreter meets Simon (Jean-Michele Folon), an oceanographer at an international conference she is assigned to work (UNESCO’s international headquarters are in Paris). The two are drawn to each other, and romance blossoms. Just as they begin to establish a stable relationship, she discovers that she has breast cancer, and after a few trips to the doctor, she finds out that she needs a mastectomy. Unable to face her new boyfriend with the truth, she breaks off their relationship. As one might expect, no oceanographer worth his salt is going to leave his true love for just any shallow reason. END_OF_DOCUMENT_TOKEN_TO_BE_REPLACED 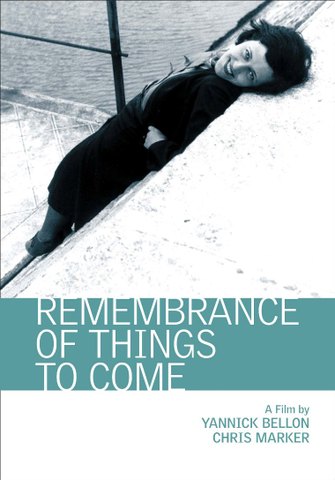 REMEMBRANCE OF THINGS TO COME, the latest “cine-essay” of Chris Marker, is dense and demanding, a splendid reminder that his nimble, capacious mind has lost none of its agility, poetry, and power. Ostensibly a portrait of photographer Denise Bellon, focusing on the two decades between 1935 and 1955, the film leaps and backtracks, Marker-style, from subject to subject, from a family portrait of Bellon and her two daughters, Loleh and Yannick (the latter co-authored the film), to a wide-ranging history of surrealism, of the city of Paris, of French cinema and the birth of the cinémathèque, of Europe, the National Front, the Second World War and Spanish Civil War, and postwar politics and culture.
END_OF_DOCUMENT_TOKEN_TO_BE_REPLACED