A man returns from World War II to find his desperate wife had resorted to one night of prostitution to pay for their son’s hospital bills. END_OF_DOCUMENT_TOKEN_TO_BE_REPLACED

Quote:
Yasujiro Ozu’s frequent leading man Chishu Ryu is riveting as Shuhei, a widowed high school teacher who finds that the more he tries to do what is best for his son’s future, the more they are separated. Though primarily a delicately wrought story of parental love, There Was a Father offers themes of sacrifice that were deemed appropriately patriotic by Japanese censors at the time of its release during World War II, making it a uniquely political film in Ozu’s body of work. END_OF_DOCUMENT_TOKEN_TO_BE_REPLACED

Synopsis:
An affluent medical professor, Komiya, and his bossy wife, Tokio, are to look after Setsuko, their high-spirited niece from Osaka. Setsuko is a liberated woman who does what she wants, including smoking, even though she is a minor. On Saturday, the professor does not feel like going to his weekend golf game, but his wife packs him off anyway. So he leaves his bag at the apartment of his student Okada, and goes to a bar with a friend. Setsuko traces him there, and insists that he take her to a geisha house. When she gets rather tipsy, the professor calls Okada to take her home, while he sleeps at Okada’s. The wife becomes suspicious of Setsuko when she sees Okada bringing her home, and also of her husband when she discovers that he did not go golfing. END_OF_DOCUMENT_TOKEN_TO_BE_REPLACED

Quote:
A young man and his wife struggle within the confines of their passionless relationship while he has an extramarital romance. END_OF_DOCUMENT_TOKEN_TO_BE_REPLACED

Yasujirô Ozu wrote:
One could say this is the flip side of I Graduated, But… The student-protagonist scribbles his crib notes on his shirt sleeve, but the day of his graduation exam, the girl at his boarding house unwittingly takes the shirt to the launderette So naturally, he flunks. However, those who pass and graduate in high spirits cannot land any job, while the ones who flunked can continue to bum around living off their parent’s money. It’s a vignette. Although Ryu Chishu has appeared in my previous films, it was the first time I let him have a go at a more significant role. END_OF_DOCUMENT_TOKEN_TO_BE_REPLACED 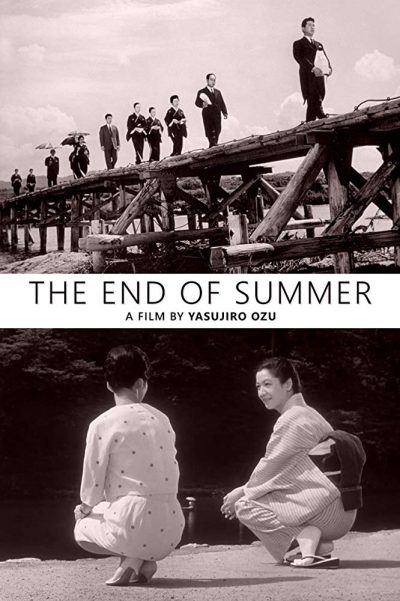 Dennis Schwartz: “Ozus’ World Movie Reviews” wrote:
This Technicolor film is the deft blending of comedy and tragedy; it’s the penultimate film of arguably Japan’s best filmmaker Yasujiro Ozu (“Early Spring”/”Tokyo Story”/”Late Spring”). It’s co-scripted by the director and his regular screenwriter Kôgo Noda. It features the extended Kohayagawa family, who run a small sake brewery in post-war Japan and in failing times are thinking about merging their business with a larger company. END_OF_DOCUMENT_TOKEN_TO_BE_REPLACED Yasujirô Ozu wrote:
I cast Takada Minoru and Tanaka Kinuyo for the first time in this film. I had made a good number of student films, but when it came to filming young actors, it was hard to go beyond the old themes of salarymen or college life. However, in those days, the images of white-collar types were limited. As for students, they were of course a different breed from the ones nowadays, who get into fights with the police. They were all very carefree, and comparatively easy fodder for jokes in nonsense comedies. Shimizu Hiroshi originally wanted to direct this film, but somehow, the script fell into my lap. I thought, if I was determined to be a director, then I must get to grips with any genre and make every film as well as I could. It’s all very well for the so-called film auteur to have artistic ideas but one also needs the professional flair for handling all the different aspects of filmmaking. Admittedly, excessive professionalism could spell trouble, but I was nonetheless extremely grateful for the chance to develop my professionalism through making these kinds of films. END_OF_DOCUMENT_TOKEN_TO_BE_REPLACED