Dusan Milic – Jagoda u supermarketu AKA Jagoda in the Supermarket (2003)

SYNOPSIS
Reading the other comments on this film I have to say I might view this film differently if I understood the current socio-political climate in Serbia or the mindsets of the peoples living there. While it had definite moments of social commentary and a few political digs thrown in, I watched this movie primarily as a commentary on what people are willing to go through to fit in and to stand up for the people whom they love. END_OF_DOCUMENT_TOKEN_TO_BE_REPLACED

Marilyn Jordan (Susan Anspach) is a bored, depressed American housewife, married to a rich Swedish businessman with two seemingly perfect children. She tries to “spice up” her existence by surprising the family when she eats their entire dinner, setting the bedclothes on fire and poisoning the pet dog’s milk and then advising it not to drink (the dog does not drink). Eventually Martin, Marilyn’s husband, decides to show her to a psychiatrist, but that only serves to further her frustration. END_OF_DOCUMENT_TOKEN_TO_BE_REPLACED

Several people get locked in a turkish bath at night, being hunted by a brutal serial killer, who seems to be seized with the T.T. Syndrome, a brain malady that leads to painful sociopathy. END_OF_DOCUMENT_TOKEN_TO_BE_REPLACED

Banned for over a decade because of its explicit sexual situations, when this film was released in Yugoslavia in 1983 the explicit scenes had become tame. Other than the notoriety it obtained through censorship, the film has an undistinguished story about the forbidden love affair between the older wife of a sports director and a young athlete.
~ Eleanor Mannikka, All Movie Guide END_OF_DOCUMENT_TOKEN_TO_BE_REPLACED

This prison camp drama by director and co-scripter Armand Gatti, his first film, reflects the early ’60s resurgence of interest in the crimes against humanity committed by the Nazis in World War II. (In another year, the Adolph Eichmann trial would be the first ever seen live on American television.) Gatti focuses on two men in a German concentration camp who have been cruelly penned inside an enclosure. One of the men, Karl (Herbert Wochinz), is a strong, bitter anti-Nazi German — a target of the Gestapo. The SS wants information on a rumored organization of resistance fighters inside the prison and they know he has it. The other man, David (Jean Negroni) is a Jew. If one of the men dies within a certain time then the other will be released. He will not be killed. Otherwise, both will be executed. The resistance fighters in the prison try to help the two as best they can, while the pair inside the enclosure slowly come to know each other as though they were brothers. ~ Eleanor Mannikka, All Movie Guide END_OF_DOCUMENT_TOKEN_TO_BE_REPLACED

Plot synopsis:
The spectacular hordes of Cossack horsemen flying across the steppes to do battle with first one enemy and then another are the highlights of this otherwise thinly scripted costume drama set in the 16th century in the Ukraine. After the Cossack leader Taras Bulba (Yul Brynner) makes a pact with the Poles to join forces against the Turks and drive them from the European steppes, victory brings betrayal as the Poles then turn on their ally and force the Cossacks into the hills. From there, Taras Bulba decides that one of his sons, Andrei (Tony Curtis), will be sent to Polish schools to better learn the nature of their enemy. While away from home and hearth, the adult Andrei falls in love with a Polish noblewoman, Natalia (Christine Kaufmann, who would become the second Mrs. Curtis). As time progresses, the tensions between father and son, loyalty and love, ethnic identity and assimilation steadily increase until they end in tragedy. Taras Bulba was nominated for a 1963 Academy Award for “Best Music”, scored by Franz Waxman (By Eleanor Mannika, from Allmovie). END_OF_DOCUMENT_TOKEN_TO_BE_REPLACED 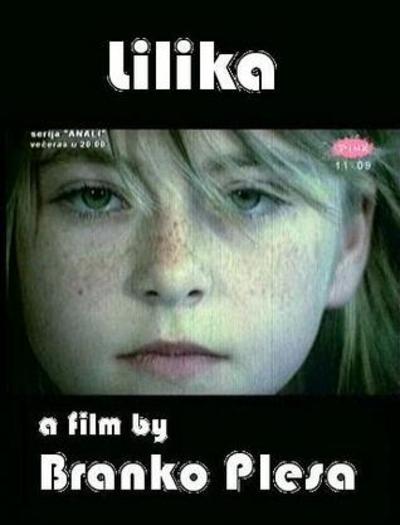 A story about young orphan girl who was rejected by her mother. The film won the Golden Leopard at the Locarno International Film Festival in 1970. END_OF_DOCUMENT_TOKEN_TO_BE_REPLACED