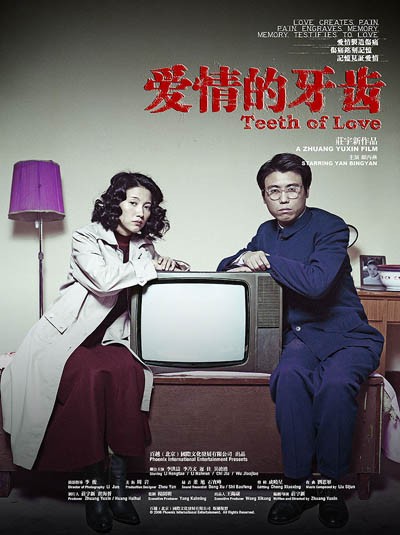 Synopsis:
An experienced TV drama screenwriter and a professor at the Beijing Film Academy, Zhuang Yuxin makes his debut feature Love Teeth in 2006, winning much applause from critics. Praised as the female version of the award-winning In the Heat of the Sun, Love Teeth also documents the rapid social and economic changes in Mainland China after the disastrous Cultural Revolution. The notions of love, pain, and memory recur when the film unfolds a woman’s history of three romances that all end in physical as well as psychological pain. Officially selected for the Deauville Asian Film Festival 2007 in France, Love Teeth also won the Best Feature at the 14th Beijing Student Film Festival. END_OF_DOCUMENT_TOKEN_TO_BE_REPLACED