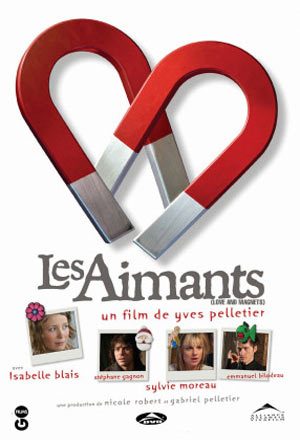 People tend to be cynical and derisive towards romantic comedies. Personally, I’m a softie and seeing people fall in love on screen always touches me. Then again, I’m aware that most entries in the rom-com genre are derivative and idiotic. But once in a blue moon, you find one that’s surprisingly original and intelligent. Les Aimants is such a film.

After five years abroad, Julie (Isabelle Blais) comes back to Montreal and crashes with her sister Jeanne (Sylvie Moreau), a woman who lies as she breathes. Jeanne is engaged to Noël (David Savard), a workaholic who’s never home, so they communicate through messages they leave on the refrigerator. When Jeanne leaves for a week of adultery with theremin virtuoso Manu (Emmanuel Bilodeau), she asks Julie to cover up for her by responding to Noël’s fridge notes. But Julie decides to get “positive revenge” on her seemingly heartless sister by making the messages she leaves more romantic… END_OF_DOCUMENT_TOKEN_TO_BE_REPLACED