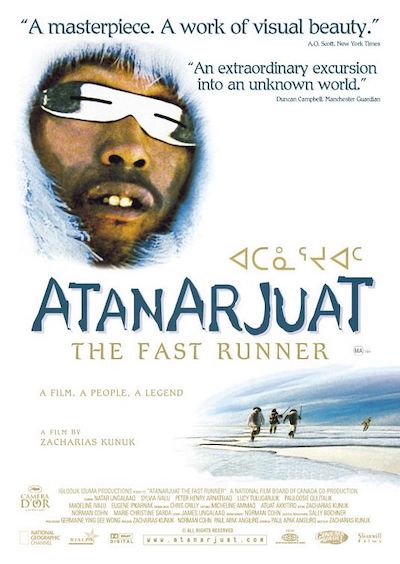 Centuries ago, in what would become the Canadian Arctic, Atuat is promised to the malevolent Oki, son of the leader of their tribe. But Atuat loves the good-natured Atanarjuat, who ultimately finds a way to marry her. Oki’s sister, Puja also fancies Atanarjuat, and when she causes strife between him and his brother Amaqjuaq, Oki seizes the opportunity to wreak a terrible revenge on Atanarjuat.

Apparently the first ever feature film to be made in the Inuktitut (Canadian Eskimo) language, this epic tale recounts the ancient Inuit legend of Atanarjuat.

Set some thousand years ago in the settlement of Igloolik near the Arctic Circle, “Atanarjuat” relates how shamanic forces spark deep divisions within a community of nomadic Inuit. END_OF_DOCUMENT_TOKEN_TO_BE_REPLACED