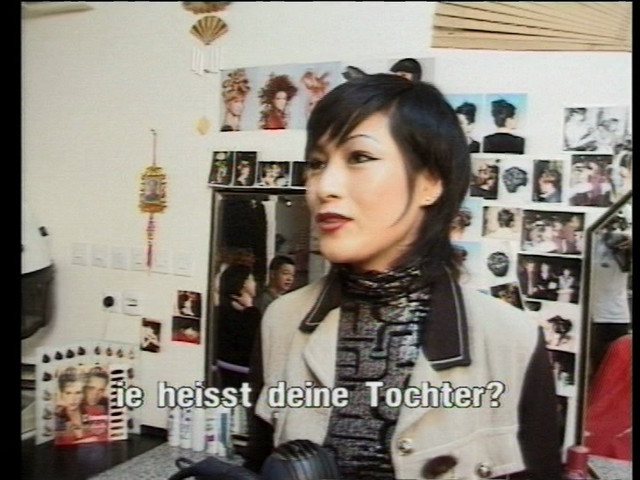 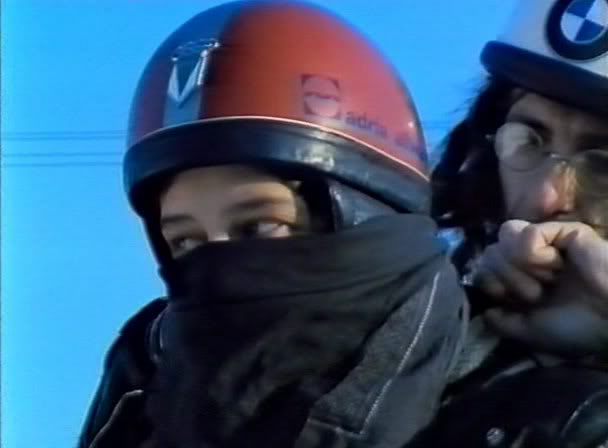 After a clash with his editor, Igor decides to leave for Greece by his old bike DKW from 1938, via Bosnia and Serbia. Rahela, the girl who left Igor’s son because of his snobbery, joins him on the trip. Traveling through Yugoslavia, Igor becomes involved in unexpected turmoil: in the Bosnian town of Velika Kladusa there is the scandal about Fikret Abdic. At the same time, Milosevic’s “antibureaucratic revolution” starts in Serbia and Vojvodina. END_OF_DOCUMENT_TOKEN_TO_BE_REPLACED

Zilnik made Marble Ass in the same year as his Tito film, i.e., in the middle of the war period under the regime of ex-Stalinist Slobodan Milosevic The main figure, Merlin, is a transvestite prostitute, aging and slowly losing his/her charms, but still trying to carry on trade as usual under the most abnormal of conditions. Before the war, Merlin was the most exotic figure in Belgrade. Now everyday life is so crazy that he is the only one who seems normal. Merlin’s companion is fellow prostitute Salena, a strapping woman armed with a knife and skilled in kick-boxing. Eager to advance in her trade she wants to learn English so she can win new customers from amongst the occupying NATO troops. END_OF_DOCUMENT_TOKEN_TO_BE_REPLACED

Director invites six homeless men to his flat for a few days (surprising his wife). He asks officials and people on the street if someone can help them, this being SFRJ, a state officially without those left on their own. END_OF_DOCUMENT_TOKEN_TO_BE_REPLACED

People from the Jazak village in Fruška Gora Mountain show how they fought undercover against the occupation forces during the WWII. They speak about the dramatic events – of how they helped to hide partisans and how young people joined partisan units in Bosnia. We listen to people’s recollections on the arrests, persecution and tortures. In the last quarter of the film, the participants speak about the events that took place in the autumn of 1944, when the village was liberated and when Russians passed through their area. They remember the joy and great expectations because of the oncoming freedom and socialism. END_OF_DOCUMENT_TOKEN_TO_BE_REPLACED

Socially neglected children, taking care of themselves, they dare go stealing and break the law. They argue with parents who neither understand them nor do they have feelings for them. As a counterpoint to this story we see a TV show where a popular actor-entertainer Gula (Dragoljub Milosavljevic) addresses happy and care-free children. END_OF_DOCUMENT_TOKEN_TO_BE_REPLACED

Fortress Europe is the latest semi-documentary film by Zilnik and was shot on the borders between Slovenia and Italy, Croatia and Slovenia and Hungary and Austria—i.e. the southern area covered by the Schengen Treaty governing the transit of migrants in Europe. As Zilnik notes in the accompanying interview, this new “wall” against the movement of people is more impenetrable than the Berlin wall. END_OF_DOCUMENT_TOKEN_TO_BE_REPLACED