Set in the Nazi-controlled, northern Italian state of Salo in 1944, four dignitaries round up sixteen perfect specimens of youth and take them together with guards, servants and studs to a palace near Marzabotto. In addition, there are four middle-aged women: three of whom recount arousing stories whilst the fourth accompanies on the piano. The story is largely taken up with their recounting the stories of Dante and De Sade: the Circle of Manias, the Circle of Shit and the Circle of Blood. END_OF_DOCUMENT_TOKEN_TO_BE_REPLACED The concluding part of Pier Paolo Pasolini’s “Trilogy Of Life”, following The Decameron and The Canterbury Tales, Arabian Nights corrects many of the mistakes found in the latter, noticeably its ramshackle, uneven approach, and returns to the charming territory of the former. Indeed, the film is as good as The Decameron, if not better, and is generally considered to be the trilogies crowning moment and one of Pasolini’s finest films (critic Tony Rayns recently included it amongst his choices for Sight and Sound’s 2002 Top Ten Critics’ Poll). END_OF_DOCUMENT_TOKEN_TO_BE_REPLACED 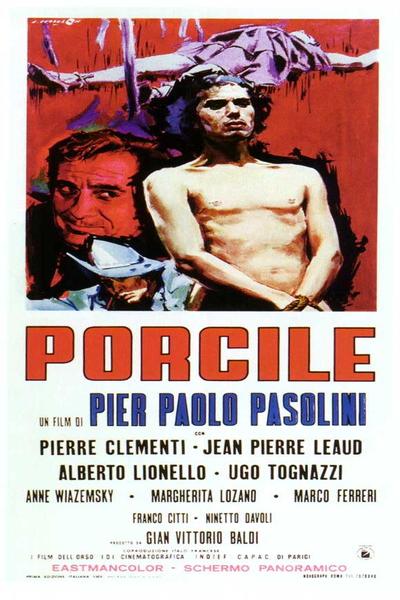 Quote:
One of Pasolini’s most enigmatic films, it extends his cinematic obsessions into the realms of cannibalism and bestiality with two interweaving stories of two young men who become sacrificial victims of their different societies. One of them is a soldier and cannibal (Clementi) in a medieval wasteland and the other a son (Léaud) of an ex-Nazi industrialist (Tognazzi) in modern-day Germany. The young German is more attracted to pigs than to his fiancée (Wiazemsky). This rather silly parable, very much a product of the late 1960s, in which the bourgeoisie is caricatured, is filmed with such calm beauty and underlying disgust that it seems to gain in significance. Theorem (1968) and Pigsty were the only films in which the Marxist Pasolini dealt directly with the hated middle classes; thereafter he left the 20th-century behind until his final film, Salo (1975), which looks at even more extreme human actions. END_OF_DOCUMENT_TOKEN_TO_BE_REPLACED The notorious final film from Pier Paolo Pasolini, Salò, or The 120 Days of Sodom has been called nauseating, shocking, depraved, pornographic . . . It’s also a masterpiece. The controversial poet, novelist, and filmmaker’s transposition of the Marquis de Sade’s eighteenth-century opus of torture and degradation to Fascist Italy in 1944 remains one of the most passionately debated films of all time, a thought-provoking inquiry into the political, social, and sexual dynamics that define the world we live in. (-Criterion) END_OF_DOCUMENT_TOKEN_TO_BE_REPLACED

Quote:
A director with a very distinctive style, Jovan Jovanovic has filmed in 1971 one of the most significant works in the history of contemporary Serbian film. “Young and Healthy Like a Rose” is a strong visionary achievement that still looks topical today as back in the times when it was filmed and banned by the then communist censorship. A story about a young delinquent, who evolves from typical outsider to mafia boss of Belgrade seemed shocking back then; today, it is the cruel reality of our times. With incredible foresight of things to come, Jovanovic’s leading character says: “I am your future”. More poetical than Hollywood movies, much more realistic than “Trainspotting”. An exciting story about crime, drugs and the deadly grip of the secret police in Serbia. The best role of Dragan Nikolic, one of the rare ones he presented himself as a tough guy and the authentic sex symbol from this region. A slap in the face of film and other convention. A must see! END_OF_DOCUMENT_TOKEN_TO_BE_REPLACED 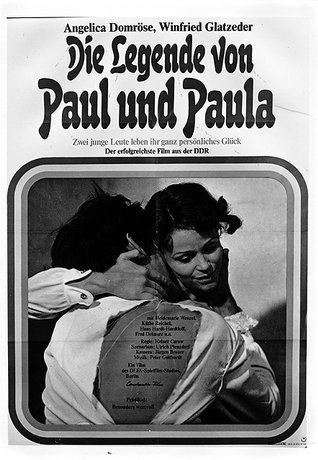 The film was extremely popular on release and drew as many as three million viewers (the GDR had a population at the time of around 17 million). However, due to the film’s political overtones it was almost not released; East German leader Erich Honecker personally decided to allow it to be shown. Today it is considered one of the best-known East German films. END_OF_DOCUMENT_TOKEN_TO_BE_REPLACED 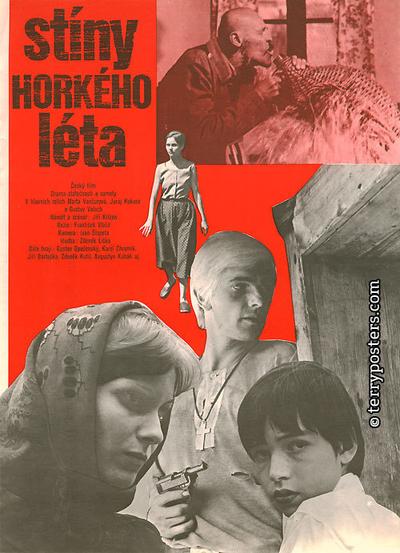 From IMDB
Once more, Vlacil’s films are largely about subjects that are not seen on screen. With some spoilers, here we have a story set in 1947 when Ukrainian right-wing anti-Communist guerillas, looking like and feeling like Nazi’s, are trying to fight their way through Czechoslovakia to Austria. They come out of the forest to occupy a family’s countryside farm house, kidnapping a doctor to help heal one of their wounded, but this could just as easily be about the post-war occupying forces in Eastern Europe, or the occupying Soviet forces in the 60’s, as there is an initial belief that there is nothing anyone can do, or to coin a STAR TREK phrase, `Resistance is futile.’ The film has a very languid pace which establishes the mood and pace of this small village, much of it is wordless, with a Sergio Leone acid-western feel, easily the most outstanding feature is the original music by Zdenek Liska, which plays on the inner psychological turmoil, providing an unseen character in the film. The father gives the appearance of passivity, as he is outmanned and outgunned, while his eager young son wants a taste of immediate revenge. But a wiser course of action is called for, waiting, giving the impression he is yielding to their demands, as the father wants to protect the lives of his wife and children, which allows for large doses of screen time where various family members are performing daily farm chores, just trying to survive this ordeal, while interspersed in each frame are men with machine guns who sadistically threaten their every impulse. This farmhouse under occupation represents a country under occupation, all feel like helpless victims where every moment is spent in fear, any minute things could spin helplessly out of control, and this film skillfully gets under everyone’s skin. END_OF_DOCUMENT_TOKEN_TO_BE_REPLACED