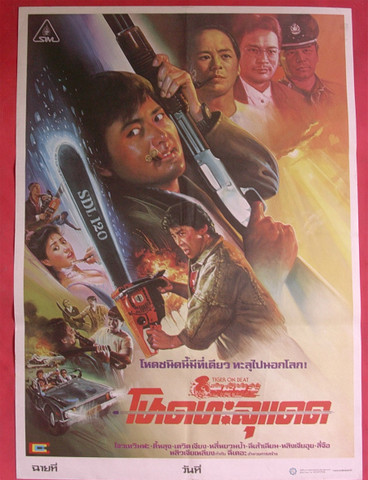 Synopsis:
Francis Li (Chow Yun-Fat) is a lazy, arrogant cop coasting on his badge, more interested in chasing women than catching crooks. His new partner is Michael Tso (Conan Lee, in his “first” role) a determined, ambitious cop who doesn’t hesitate to get reckless if it means closing a case. When a new shipment of cocaine comes into Hong Kong, and with it a corpse, the two are forced together to get to the bottom of it. Their only lead: a beautiful but naive drug mule (Nina Li) END_OF_DOCUMENT_TOKEN_TO_BE_REPLACED 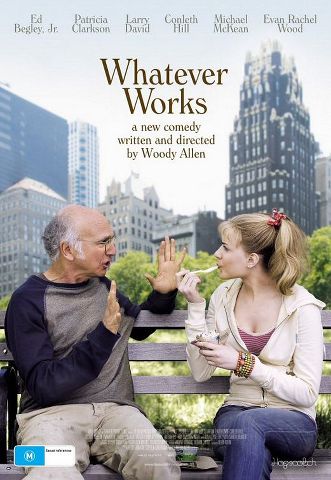 Quote:
Attempting to impress his ideologies on religion, relationships, and the randomness (and worthlessness) of existence, lifelong New York resident Boris Yellnikoff rants to anyone who will listen, including the audience. But when he begrudgingly allows naive Mississippi runaway Melodie St. Ann Celestine to live in his apartment, his reclusive rages give way to an unlikely friendship and Boris begins to mold the impressionable young girl’s worldly views to match his own. When it comes to love, “whatever works” is his motto, but his already perplexed life complicates itself further when Melodie’s parents eventually track her down. END_OF_DOCUMENT_TOKEN_TO_BE_REPLACED

One of Woody Allen’s earlier, more slapstick-oriented efforts, Bananas tells the story of Fielding Mellish (Allen), a neurotic New Yorker who follows the object of his affections, Nancy (Louise Lasser), to the fictional Central American country of San Marcos, where she is involved in a revolution. Nancy wants nothing to do with Fielding, but he soon becomes a guest of the country’s dictator (Carlos Montalban), before accidentally becoming the leader of San Marcos himself. Fielding is eventually shipped back to the US and tried as a subversive, but being that this is a comedy, and an especially light one at that, everything works out in the end. A far cry from Allen’s later, more somber films, Bananas still works as an often hilarious amalgam of sight gags, one-liners, and bizarre asides. — Don Kaye END_OF_DOCUMENT_TOKEN_TO_BE_REPLACED

Woody Allen took a Japanese spy movie called Kagi No Kagi, and replaced its original dialogue with an entirely new plot. In its revised state, this film follows the adventures of agent Phil Moskowitz who is on a deadly mission to secure the recipe for the “world’s greatest egg salad.” However, Moskowitz, with the help of the beautiful Suki and Terri Yaki, must prevent this unique recipe from falling into the hands of the evil Shepherd Wong. The group Lovin’ Spoonful recorded the majority of the songs for this film. END_OF_DOCUMENT_TOKEN_TO_BE_REPLACED 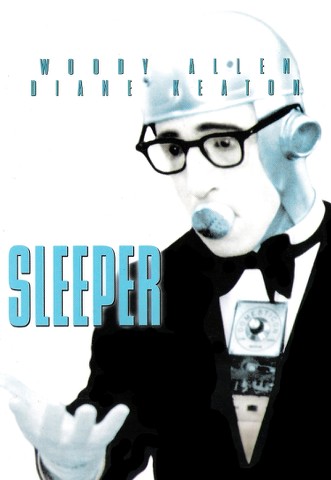 In 1973, health-food store owner Miles Monroe (Woody Allen) enters the hospital for a routine gall bladder operation. When he expires on the operating table, Miles’ sister requests permission to cryogenically freeze her brother’s body. After 200 years, Miles is unwrapped by a group of scientists and awakens to a “brave new world” of deadening conformity, ruled with an iron fist by a never-seen leader. Miles is forced to flee for his life when the scientists — actually a group of revolutionary activists — are overpowered by the leader’s police. He eludes the cops by pretending to be an android, and in this guise is sent to work at the home of Luna (Diane Keaton), a composer of greeting cards who thinks that the world of the future is perfect as it stands. There’s more, but why spoil your fun? Sleeper is the most visual of Woody Allen’s earlier films, and demonstrated a more pronounced rapport between Allen and his off- and onscreen leading lady Diane Keaton than had previously existed. The Dixieland score is performed by the Preservation Hall Jazz Band. ~ Hal Erickson, All Movie Guide END_OF_DOCUMENT_TOKEN_TO_BE_REPLACED

Depicting the Red Scare in America circa 1953 and how it effected those in the entertainment world we first see Howard working as a cashier. Howard also takes bets on the side as a small time bookie, at a midtown Manhattan diner. Howard is then approached by his former school and now writer friend Alfred Miller, Michael Murphy. Alfred wants Howard to put his name on a number of scripts that he wrote and now can’t get anyone on the TV networks to accept. END_OF_DOCUMENT_TOKEN_TO_BE_REPLACED

Diane Keaton, Kristin Griffith, and Mary Beth Hurt play Renata, Flyn, and Joey, the grown daughters of wealthy Arthur (E.G. Marshall) and his emotionally disturbed wife, Eve (Geraldine Page). When Arthur leaves Eve, her three daughters rally around her. As it turns out, none of the daughters are ideally suited to provide an “anchor” for their distracted mother, but all four women are strengthened by their renewed relationship. Interiors received five Oscar nominations, including Best Director for Woody Allen, Best Original Screenplay for Allen, Best Actress for Geraldine Page, Best Supporting Actress for Maureen Stapleton (who plays Arthur’s new love), and Best Art Direction for Mel Bourne and Daniel Robert. END_OF_DOCUMENT_TOKEN_TO_BE_REPLACED