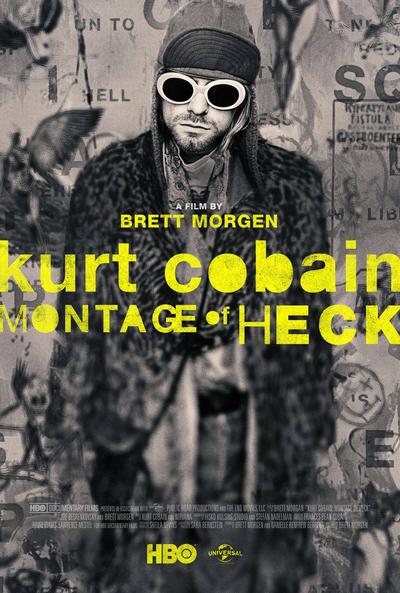 The documentary is directed by Brett Morgen who began work on it in 2007 when Cobain’s widow, Courtney Love, approached him with the idea,] It is the first documentary about Kurt Cobain to be made with the cooperation of his family. Morgen and his team were given access to the entirety of Cobain’s personal and family archives. The documentary includes footage from various Nirvana performances and unheard songs, as well as unreleased home movies, recordings, artwork, photography, journals, demos, and songbooks] Morgen used the interviews in the film Lenny as a model for the interviews in the film. The film’s title, Montage of Heck, takes its name from a musical collage that was created by Cobain with a 4-track cassette recorder in about 1988, of which there are two versions; one is about thirty-six minutes long and the other about eight minutes long. Several of the film’s scenes were animated by Stefan Nadelman and Hisko Hulsing. Jeff Danna wrote an original score for the film. The film was co-produced by HBO Documentary Films and Universal Pictures International Entertainment Content Group. Cobain and Courtney Love’s only daughter, Frances Bean Cobain, was a co-executive producer on the film.< END_OF_DOCUMENT_TOKEN_TO_BE_REPLACED