Synopsis
This documentary portrait of theater operator Nicolas “Nick” Nicolaou moves from 1970s Times Square adult film houses through decades of city regulation, chain takeovers, and cultural shifts, charting a charming odyssey through the history of film exhibition and New York City. Abel Ferrara traces the life and work of friend and fellow cinephile Nicolas “Nick” Nicolaou, a Cypriot immigrant who began working as a teenager in small neighborhood movie theaters around Manhattan, defying gentrification, changing viewing habits and corporate dominance in the 1980s, only to emerge decades later as one of New York City’s last independent theater owners. A moving tribute to friendship, tenacity and the love of cinema, THE PROJECTIONIST is also a timely paean to what going to the movies is all about. END_OF_DOCUMENT_TOKEN_TO_BE_REPLACED

In New York, in a morning close to Christmas, an upper class father and mother go in their BMW to a private school to see the play of their daughter. Then they go shopping and later they return to their fancy apartment in Manhattan. In the night, they move to a simple apartment in a dangerous neighborhood, where they prepare drugs for distribution. On the Christmas Eve, while buying the Christmas gift for their daughter, the father is kidnapped, and his wife desperately tries to raise a high amount of money to pay the requested ransom. END_OF_DOCUMENT_TOKEN_TO_BE_REPLACED

Abel Ferrara headlines a film retrospective and a series of concerts in France dedicated to songs and music from his films. Preparations with his family and friends will form the material of this self portrait, showing another side of the director of legendary films Bad Lieutenant, The King of New York and The Addiction. Ferrara is joined on stage by past collaborators, including composer Joe Delia, actor-singer Paul Hipp and his wife actress Cristina Chiriac, for concerts at the Metronum in Toulouse and the Salo Club in Paris in October 2016. END_OF_DOCUMENT_TOKEN_TO_BE_REPLACED

Sportin’ Life is the sixth incarnation of the international art project Self, curated by Saint Laurent’s creative director, Anthony Vaccarello. This project is an artistic commentary on society while emphasizing the complexity of various individuals through the eyes of artists who evoke the Saint Laurent attitude of confidence, individuality and self-expression. The documentary is an exploration into the sources and personal history of creativity, the essential life of an artist. Raw and sharp, it has the feeling of a moment in time that is still happening. Abel Ferrara’s intimate and lush look at his own life, his world refracted through his art – music, filmmaking, his collaborators and inspirations such as Ferrara’s early works and his creative partnerships with Willem Dafoe, Joe Delia, Paul Hipp and the musicians who inspired this work. END_OF_DOCUMENT_TOKEN_TO_BE_REPLACED

Quote:
Abel Ferrara’s first dramatic feature since 2014’s Pasolini reteams the filmmaker and his frequent lead Willem Dafoe, who delivers a career-best performance as the title character, an older American expat living in Rome with his young wife and their daughter. Disoriented by his past misgivings and subsequent, unexpected blows to his self-esteem, Tommaso wades through this late chapter of his life with an increasingly impaired grasp on reality as he prepares for his next film. Tommaso is easily Ferrara and Dafoe’s most personal and engrossing collaboration to date, a delicately surrealistic work of autofiction marked by the keen sensitivity of two consummate artists. END_OF_DOCUMENT_TOKEN_TO_BE_REPLACED

Playing opposite the director’s own wife and daughter, Willem Dafoe is a Ferrara-like American artist living in Rome in this improvised drama of doubt and disconnection, shot in self-reflective documentary style. END_OF_DOCUMENT_TOKEN_TO_BE_REPLACED 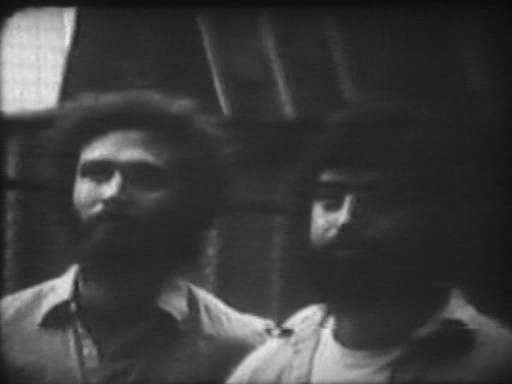 Johnny gets ready for work as his wife gives him his lunch and stays behind to look after their newborn baby. Johnny drives to a factory where he works. The factory owner happens to be the father of Johnny’s wife. Johnny meets with his co-workers Bob and Joe where they get laid off. But Johnny, thanks to his father-in-law, keeps his job. Desperate for money, Bob and Joe meet with Johnny at a local bar where they decides to rob a gas station to support themselves. Johnny reluctantly joins them out of friendship. END_OF_DOCUMENT_TOKEN_TO_BE_REPLACED