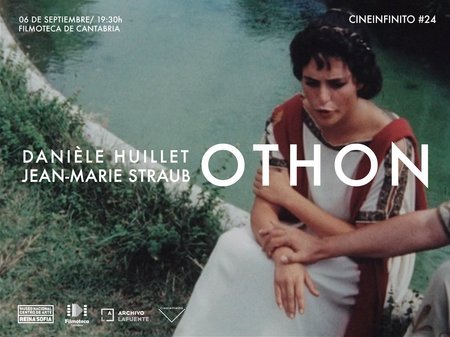 Quote:
Straub-Huillet’s first color film, Othon (Les yeux ne veulent pas en tout temps se fermer, ou Peut-être qu’un jour Rome se permettra de choisir à son tour) adapts a lesser-known Corneille tragedy from 1664, which in turn was based on an episode of imperial court intrigue chronicled in Tacitus’s Histories. The costuming is classical, and the toga-clad, nonprofessional cast performs the drama’s original French text amid the ruins of Rome’s Palatine Hill while the noise of contemporary urban life hums in the background. Their lines are executed with a terrific flatness and frequently through heavy accents; the language in Othon becomes not merely an expression but a thing itself, an element whose plainness here alerts us to qualities of the work that might otherwise be subordinated. “If at every moment one can keep one’s eyes and ears open to all of this,” Straub wrote, “it’s possible to even find the film thrilling and note that everything here is information—even the purely sensual reality of the space which the actors leave empty at the end of each act. END_OF_DOCUMENT_TOKEN_TO_BE_REPLACED

Synopsis :
The film is a sort of presentation of Franco Fortini’s book ‘I Cani del Sinai’. Fortini, an Italian Jew, reads excerpts from the book about his alienation from Judaism and from the social relations around him, the rise of Fascism in Italy, the anti-Arab attitude of European culture. The images, mostly a series of Italian landscape shots, provide a backdrop that highlights the meaning of the text. END_OF_DOCUMENT_TOKEN_TO_BE_REPLACED