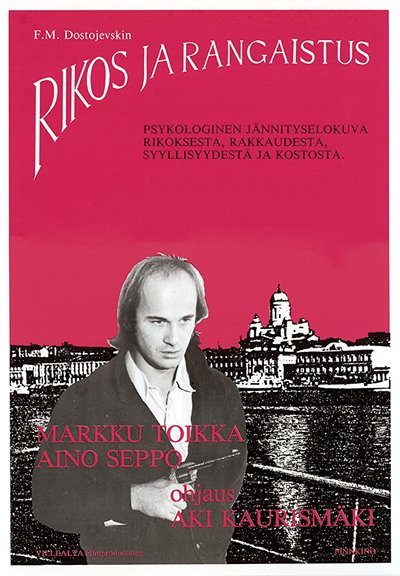 Quote:
An adaptation of Dostoyevsky’s novel, set in modern Helsinki. Slaughterhouse worker Rahikainen murders a man, and is forced to live with the consequences of his actions.

Aki Kaurismäki’s narrative directorial debut. He chose this project after reading François Truffaut’s interview with Alfred Hitchcock, where Hitchcock claimed Crime and Punishment was the one book he would never adapt, because “it would be to difficult.” Kaurismäki later admitted it was too difficult. END_OF_DOCUMENT_TOKEN_TO_BE_REPLACED