A vivid, visceral Macbeth adaptation, Throne of Blood, directed by Akira Kurosawa, sets Shakespeare’s definitive tale of ambition and duplicity in a ghostly, fog-enshrouded landscape in feudal Japan. As a hardened warrior who rises savagely to power, Toshiro Mifune gives a remarkable, animalistic performance, as does Isuzu Yamada as his ruthless wife. Throne of Blood fuses classical Western tragedy with formal elements taken from Noh theater to create an unforgettable cinematic experience. END_OF_DOCUMENT_TOKEN_TO_BE_REPLACED

The Men Who Tread on the Tiger’s Tail, the fourth film from Akira Kurosawa, is based on
a legendary twelfth-century incident in which the lord Yoshitsune, with the help of a group of samurai, crosses enemy territory disguised as a monk. The story was dramatized for centuries in Noh and Kabuki theater, and here it becomes one of the director’s lightest, most farcical films. END_OF_DOCUMENT_TOKEN_TO_BE_REPLACED

Synopsis:
Akira Kurosawa’s lauded feudal epic presents the tale of a petty thief (Tatsuya Nakadai) who is recruited to impersonate Shingen (also Nakadai), an aging warlord, in order to avoid attacks by competing clans. When Shingen dies, his generals reluctantly agree to have the impostor take over as the powerful ruler. He soon begins to appreciate life as Shingen, but his commitment to the role is tested when he must lead his troops into battle against the forces of a rival warlord. END_OF_DOCUMENT_TOKEN_TO_BE_REPLACED

The story of the film is simple: A young girl in the countryside raises a young horse and develops a deep relationship to the animal. But the war is becoming part of life, so in the end she has to sacrifice her horse and sell it to the military. END_OF_DOCUMENT_TOKEN_TO_BE_REPLACED 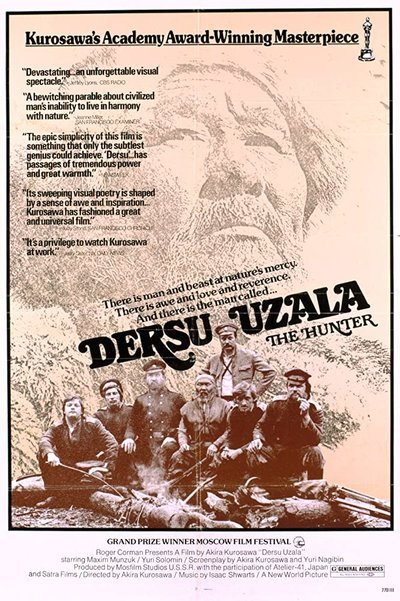 A military explorer meets and befriends a Goldi man in Russia’s unmapped forests. A deep and abiding bond evolves between the two men, one civilized in the usual sense, the other at home in the glacial Siberian woods. END_OF_DOCUMENT_TOKEN_TO_BE_REPLACED

Quote:
A beautiful and deeply moving work,it deals with a taboo subject which is rarely treated on the screen.The approach is much different from that of Alain Resnais in “Hiroshima mon amour”,and the main reason is that the director is Japanese.Far from Marguerite Duras’ verbal logorrhea,Kurosawa lets us in the tragedy through children’s eyes,and their simple and naive words.These children,who visit the memorial, only know what the history books tell:almost nothing. END_OF_DOCUMENT_TOKEN_TO_BE_REPLACED