Synopsis:
In “The Scientific Cardplayer” (Lo scopone scientifico), Bette Davis played an eccentric millionaire, addicted to playing cards and winning from players who could not afford to gamble. Every year, she visits Rome with her secretary and ex-lover, George (Joseph Cotton), to play with Peppino (Alberto Sordi), the ragman, and Antonia (Silvana Mangano), a cleaning lady who lived in a slum near her villa with their five children. END_OF_DOCUMENT_TOKEN_TO_BE_REPLACED

Paolo Anselmi is a happily single man. He lives in a flat with a friend but is forced to leave when the friend gets married. He then goes to a boarding house where he flirts with a girl but ditches her when she proposes marriage. When he goes and visits his mother he finds out that she is also trying to find the right girl for him. Is he going to surrender this time? END_OF_DOCUMENT_TOKEN_TO_BE_REPLACED

Luigi Comencini – Tutti a casa AKA Everybody Go Home! (1960)

Synopsis:
In this war drama, a band of Italian soldiers, elated to hear that the war is finally over, promptly desert and head for home. Only two soldiers remain loyal to the army and they promptly begin heading back to the main forces. En route they are enticed by partisan soldiers who want the two to join them. Later they are joined by more soldiers. One of them is arrested by the Fascists for concealing an American paratrooper. When the two finally return, the Germans force them to work on a road gang. They are attacked by partisans, and one of the soldiers escapes. His partner is shot so the soldier joins the rebels. END_OF_DOCUMENT_TOKEN_TO_BE_REPLACED

Two neighbors, young Vincenzo and old Mr. Bartoloni, are utterly unhappy. On the one hand Vincenzo must lead a miserable and frustrating life as he cannot find any regular job, despite his Arts degree. On the other hand, Mr. Bartoloni is fed up with his despotic wife: the woman who used to be a beautiful artist is now a fat and shabby drunkard. The two men meet on a particularly sad night and, during an outburst Mr. Bartoloni asks Vincenzo to help him to get rid of his wife by simulating an accident with the promise of a considerable amount of money. END_OF_DOCUMENT_TOKEN_TO_BE_REPLACED

Personally, Bolognini did not feel that he was really at home with comedy, yet he was often offered comedies, and in the early stage of his career he accepted some of these assignments. These films were very successful, and the director ascribed the credit for this to the stars he worked with; in this case unquestionably a handful of Italy’s funniest men of the day: Alberto Sordi, Aldo Fabrizzi, Peppino De Filippo, and Gino Cervi. END_OF_DOCUMENT_TOKEN_TO_BE_REPLACED 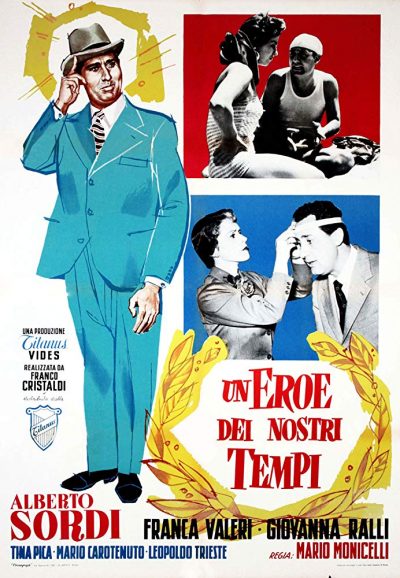 Alberto Sordi, who would join forces with Monicelli in films like La grande guerra and Un borghese piccolo piccolo, shines in this comedy, which must have been decisive when it came to establishing his less-than-heroic movie persona. END_OF_DOCUMENT_TOKEN_TO_BE_REPLACED 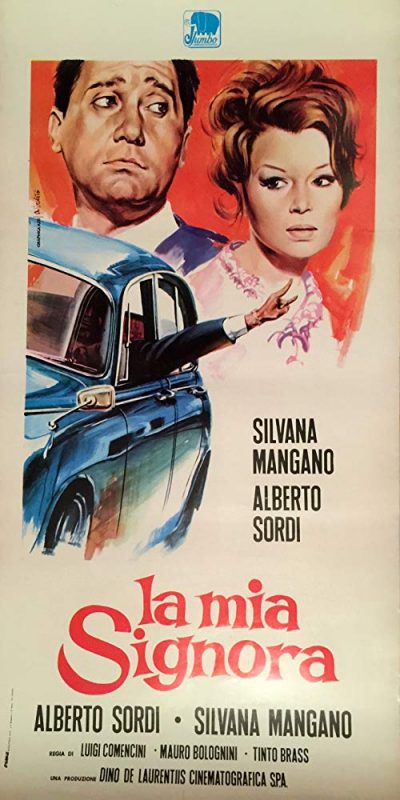 Alberto Sordi co-stars with Silvia Mangano in this Dino DeLaurentiis comedy production gang-directed by Tinto Brass, Mauro Bolognini, and Luigi Comenichi. The sketches primarily deal with the endearing battles between husbands and wives, giving Sordi the chance to mug for the camera in the comic fashion that made him famous. ~ Dan Pavlides, All Movie Guide END_OF_DOCUMENT_TOKEN_TO_BE_REPLACED