Two childhood friends are recruited for a suicide bombing in Tel Aviv. END_OF_DOCUMENT_TOKEN_TO_BE_REPLACED

“The film is an artistic point of view of that political issue,” Abu-Assad said. “The politicians want to see it as black and white, good and evil, and art wants to see it as a human thing.” END_OF_DOCUMENT_TOKEN_TO_BE_REPLACED 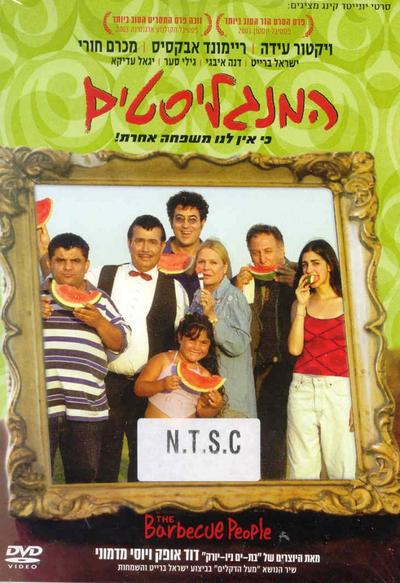 A family of Iraqi-Israelis, each with his or her own weaknesses and determination, gathers for an Independence Day picnic. Their background stories are presented, reaching back as little as a few days or as far back as the War of Independence and the old country before that, and interlocking in ways that even they never realize. (IMDb) END_OF_DOCUMENT_TOKEN_TO_BE_REPLACED

Quote:
Isolation and loneliness are the dominant feelings in Youssef’s life after getting divorced from his wife who took the only son they have to live with her. He counts the days till he sees his son once a week. He plays with himself gammon, brews himself some tea and makes breakfast. He deals with everyday adversities with silence and stoicism. He secretly steals his electricity from a neighbor. He reacts to getting a parking ticket with a shrug of his shoulders. He endures his employer’s degradations and double-dealings. When female customers talk of their annoyances regarding their fiancées or other men, he simply doesn’t listen. He’s also come to terms with being the only one around without a mobile phone. Sometimes he takes long drives with his taxi in the streets of Amman or meet up with his friend and talk about his troubles. Suddenly, he finds himself in a serious situation when the doctor tells him about the necessity of having emergency surgery. So he is in the dilemma of the choice; either he has an operation, or buy his son the dog before the stepfather with whom the child lives does… lots of details… single shot scenes… a tone takes you through this isolated world… his taxi running in the streets of Amman compelled to live with his loneliness, dominated by oppression endured by all of us at the times of economic and social grinding crises. END_OF_DOCUMENT_TOKEN_TO_BE_REPLACED