Quote:
Julie (Anaïs Demoustier) is eager to make a start in the job market. But she finds herself taking a succession of soul-destroying jobs (the film is especially brittle in its look at the ostensibly hip and ‘human’ PR world) and tangling with a series of wildly unsuitable men. Taking part in a role-playing charade for a job interview, she meets a freewheeling young actor (Pio Marmaï), who shows her another way to live life, outside the nine-to-five rut. The couple hit it off and head for an idyllic existence away from the system, only for reality to catch them unawares. END_OF_DOCUMENT_TOKEN_TO_BE_REPLACED

Quote:
Perhaps what’s most refreshing about actor/writer/director Emmanuel Mouret’s latest effort Caprice is how equally unlikely it presents the maddening scenario of a nebbish male romantic lead courted aggressively by two incredibly attractive women. A lighter, Gallic equivalent of the type of masculine steered ménage a trois we’ve grown accustomed from Woody Allen, this treatment manages to feel equally effortless but not entirely effervescent. A series of coincidences sets off a sexual comedy of errors involving a quartet of enjoyable performers, though all is eventually for naught since none of them are exactly likeable, a problem considering they’re trapped in a romantic comedy paradigm necessitating we grow interested or even attached to at least one of their outcomes. END_OF_DOCUMENT_TOKEN_TO_BE_REPLACED

Twin 18-year-olds hitchhike to their mother’s funeral in Spain. The journey changes their lives forever. END_OF_DOCUMENT_TOKEN_TO_BE_REPLACED

Summaries
A poor miller gets tricked by the Devil and accidentally sells his daughter for a bit of gold. But Satan can’t take her because she’s too pure and has wept on her hands. So Satan orders the miller to cut her hands off. It’s the beginning of the young girl’s journey towards freedom. END_OF_DOCUMENT_TOKEN_TO_BE_REPLACED 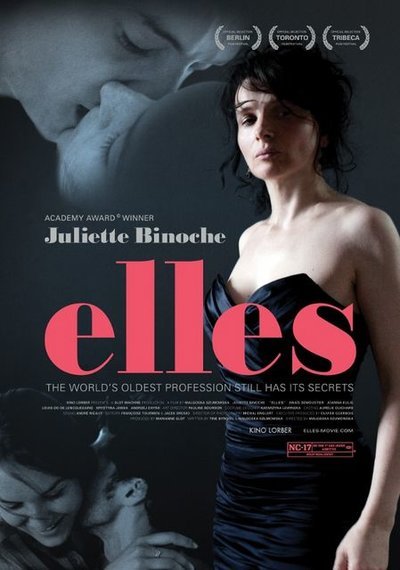 Quote:
On her latest assignment, a journalist for Elle immerses herself in a prostitution ring run by university students. END_OF_DOCUMENT_TOKEN_TO_BE_REPLACED

After the death of her mother, 17-year-old Prudence finds herself living alone in her Paris apartment. Then she meets Maryline, a rebel of her own age, who introduces her to the thrills of motorcycle racing on the biker circuit at Rungis. Prudence’s newfound lease of freedom becomes complicated when she falls for a boy Franck who wastes no time in taking advantage of her naivety… END_OF_DOCUMENT_TOKEN_TO_BE_REPLACED