Quote:
Beeswax is Bujalski’s third feature and the first to be conceived and shot since Funny Ha Ha (2002) and Mutual Appreciation (2003) turned him into a rising indie star. For the most part, it’s just as insular and homogeneous as any of the films Taubin rapped in Film Comment. It takes place in Austin, Texas, the little countercultural cocoon that launched Bujalski’s career, and most of the action centers on a funky little vintage clothing boutique favored by college students and the like. Its primary characters are all young, straight, white, middle-class, and college educated. And like so many other mumblecore movies, Beeswax is largely preoccupied with sexual and romantic maneuvering, as a young couple who’ve broken up circle each other tentatively and get back together. END_OF_DOCUMENT_TOKEN_TO_BE_REPLACED

Indie film wunderkind Andrew Bujalski’s best attribute as a filmmaker is not his much-heralded ability to reproduce the idiomatic lingo and speech patterns of his stuck-in-neutral twentysomething subjects—who, to this ear, always sound a bit too self-consciously aimless and uncomfortable to pass as authentic—but, rather, his knack for unearthing subtle insights about interpersonal relations from meandering, seemingly improvised conversational scenes. Mutual Appreciation, the director’s follow-up to his breakthrough Funny Ha Ha, is a modest step up from its assured predecessor in both content and form, revealing discerning truths about, and wringing deadpan humor from, post-college anomie through a carefully arranged narrative structured around casual ellipses and sly symmetries, whether it be the juxtaposition of one evening’s dissimilar drunken parties or its pair of gender role reversal scenarios (one involving a man reading a woman’s short story, the other marked by some sloshed cross-dressing). END_OF_DOCUMENT_TOKEN_TO_BE_REPLACED

Quote:
Set over the course of a weekend tournament for chess software programmers thirty-some years ago, Computer Chess transports viewers to a nostalgic moment when the contest between technology and the human spirit seemed a little more up for grabs. We get to know the eccentric geniuses possessed of the vision to teach a metal box to defeat man, literally, at his own game, laying the groundwork for artificial intelligence as we know it and will come to know it in the future. END_OF_DOCUMENT_TOKEN_TO_BE_REPLACED

Quote:
In Bujalski’s new film (notable director of Computer Chess, Funny Ha Ha, and Mutual Appreciation), the general manager at a highway-side ”sports bar with curves” has her incurable optimism and faith, in her girls, her customers, and herself, tested over the course of a long, strange day. END_OF_DOCUMENT_TOKEN_TO_BE_REPLACED 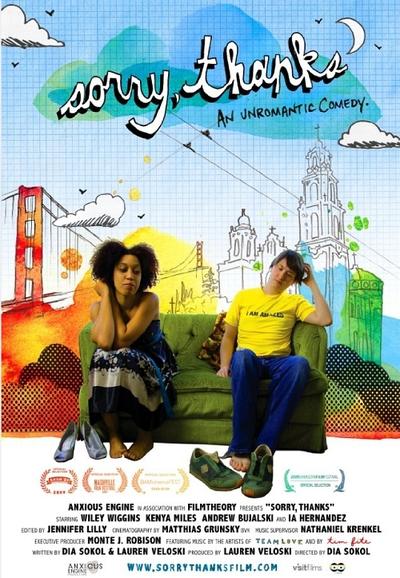 Plot: Reeling from a brutal break-up, Kira sleeps with Max, a charming but disheveled wreck already committed to long-term girlfriend Sara. Max (no emotional sophisticate) becomes obsessed, mostly with Kira, but vaguely with his curious lack of conscience as well. Kira, fighting to win a job she hates and running aimless romantic loops, faces the precarious double challenge of choosing a next step and charting a course back to sanity. Good luck leading with your heart, when your heart is an utter emotional idiot. END_OF_DOCUMENT_TOKEN_TO_BE_REPLACED