Quote:
Le Petit Soldat is an early Jean-Luc Godard film that was made on a shoestring budget. Michel Subor (who would surface years later in Claire Denis’ Beau Travail [1999] to great critical acclaim), stars here as Bruno Forestier, a young revolutionary living in Geneva who is fighting against French involvement in the war in Algeria. He meets and falls in love with rival revolutionary Veronica Dreyer (Anna Karina, soon to be Godard’s wife), and the mutual recriminations begin. Shot like a newsreel, much of the film is photographed with a hand-held camera, with sound post-synchronized; a “film noir” narration holds the film together, but the narrative, as is usual with Godard, is slight. END_OF_DOCUMENT_TOKEN_TO_BE_REPLACED

Synopsis:
‘Laurent is a poster designer who is about to begin rehearsals for his first stage play, a musical comedy. To celebrate this auspicious event, he holds a party at his apartment, to which his best friends are all invited. News that the lead actress in Laurent’s play has been run over by a bus laden with Dutch tourists puts a damper on the evening, but Laurent wastes no time looking for a replacement, not knowing that his girlfriend Valérie covets the part. As Valérie’s dreams of stardom are crushed she realises that her relationship with Laurent is over – or so she thinks. Either way, the evening will prove decisive for them both…’
– Films de France END_OF_DOCUMENT_TOKEN_TO_BE_REPLACED

Quote:
A history teacher mets a hippy girl in Paris, he drops his job and starts a relation with her. So they start live together (vivre ensemble). A some point they do a trip to NY. Then they come back… Well this is the first film of Anna Karina as writer and director. Some images of Paris and NY in 72 are nice as an old postcard. END_OF_DOCUMENT_TOKEN_TO_BE_REPLACED

Quote:
It was Rivette’s second feature, after the puzzling ‘Paris Nous Appartient,’ and eschewed the nouvelle vague in favour of something altogether more structured, indeed rigorously so. “This film is a work of imagination,” the opening caption informs us, “not a portrait of religious institutions, 18th century or other. It should be viewed from a double perspective; history and romance.” END_OF_DOCUMENT_TOKEN_TO_BE_REPLACED 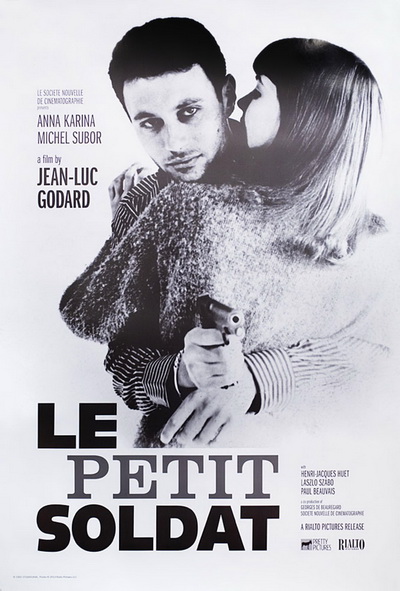 During the Algerian War, Bruno Forestier lives in Geneva to escape the enlistment in France. Working for French intelligence, he is ordered to kill Palivoda, who is pro-FLN (National Liberation Front of Algeria), to prove he is not a double agent. Refusal and hesitation keep him from carrying out the assassination.

Meanwhile, he meets and falls in love with Véronica Dreyer, who helped the FLN. Bruno plans to leave with her for Brazil, but is captured and tortured by Algerian revolutionaries.

He escapes, and agrees to kill Palivoda for the French in exchange for passage to Brazil for himself and Veronica. However, the French discover Veronica’s ties to the FLN, and torture her to death. (Wikipedia) END_OF_DOCUMENT_TOKEN_TO_BE_REPLACED 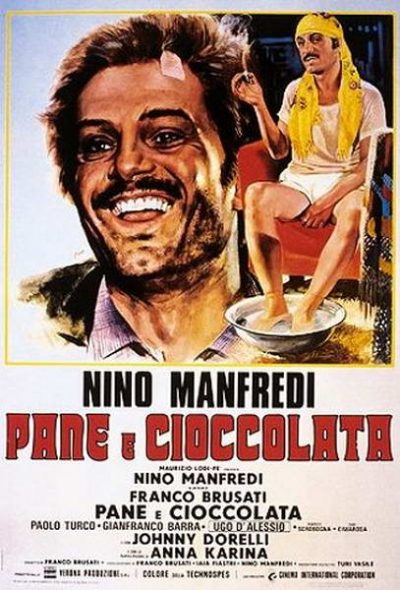 Quote:
Italian immigrant tries to become a member of Swiss society but fails as a waiter and even as a chicken plucker. He then becomes involved with shady wealthy character and tries to hide his Italian identity. He refuses to give up no matter how awful his situation. END_OF_DOCUMENT_TOKEN_TO_BE_REPLACED