This movie is about one of the worst periods for the Brazilian people. Shows the days of military dictatorship when the Brazilian people against the government were put in jails, tortured, and some of them assassinated by the military and para-military people. At the same time, the same government censored the press and didn’t allow anything but news about three times-champion soccer team. While the people made parties, etc for the soccer team, in the underground, people suffered all kinds of torture. END_OF_DOCUMENT_TOKEN_TO_BE_REPLACED

TV reporter tries to find out who is killing prostitutes in a São Paulo neighborhood. END_OF_DOCUMENT_TOKEN_TO_BE_REPLACED 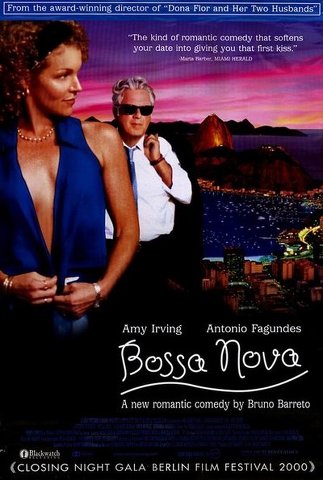 Rio lawyer Pedro Paulo is recently separated from his travel agent wife Tania. His office has taken on an energetic new intern, Sharon. Pedro Paulo is working on a divorce case – his own father’s… Mary Ann is an English language teacher living in Rio. Her friend Nadine has been having an Internet romance with Gary, a SoHo artist. Nadine decides to visit Gary in New York; she books her flight through Tania… Soccer star Acacio is going to play for a team in England. He has been taking private lessons with Mary Ann. Is he reading too much into the word “private”? Pedro Paulo catches a glimpse of Mary Ann and decides he should study English again… Acacio needs some legal help with his new contract. He goes to Pedro Paulo’s office, but the only one in is Sharon. END_OF_DOCUMENT_TOKEN_TO_BE_REPLACED