Christos is secretly in love with a girl who lives in the opposite appartment. He follows her night and day even though they’ve never met. One night, he sees her at a party making love with a young man. The scene, the images, are carved in his memory. A few years later, Christos meets outside of a bar a mysterious woman, called Silena. Her resemblance to the girl of his youth is astonishing. Christos invites Silena to his house to spend one night with her. One night that will change his life forever. END_OF_DOCUMENT_TOKEN_TO_BE_REPLACED 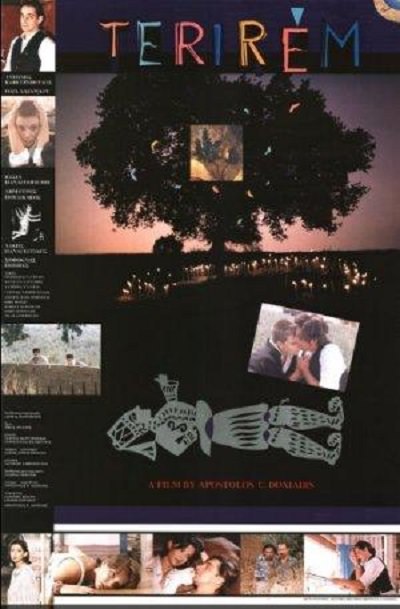 Τεριρέμ
The mute wife (Olia Lazaridou) of a shadow-theater player (Antonis Kafetzopoulos) is suffering from cancer. An old woman, guided by her visions, discovers a Byzantine religious icon buried in a field. Her nephew sells the find to a thief, who then murders the old woman, without knowing that she had told the village priest about the holy icon she found. Two priests arrive in the village together with the puppeteer and his ailing wife, and there the wife sees a vision of the icon and where it was located in the field, which leads to the discovery of the bones of a saint. The wife sleeps on the spot where the holy relics were discovered and, upon awaking the following morning, regains her speech. END_OF_DOCUMENT_TOKEN_TO_BE_REPLACED