Originally, Documentarist was intended as a traditional documentary about a country that has to face challenging problems such as war, unemployment, extreme poverty, mass emigration, alcoholism and crime. Unfortunately, Harutyun Khachatryan did not raise enough state money in order to make the film he wanted to and therefore had to settle for a different project. Thus, he decided on a very unorthodox narrative strategy. By weaving together different styles, such as documentarist observation and docu-drama approach, he shed a new light on the complexities and challenges a director has to face in order to present a multifaceted picture of reality. END_OF_DOCUMENT_TOKEN_TO_BE_REPLACED 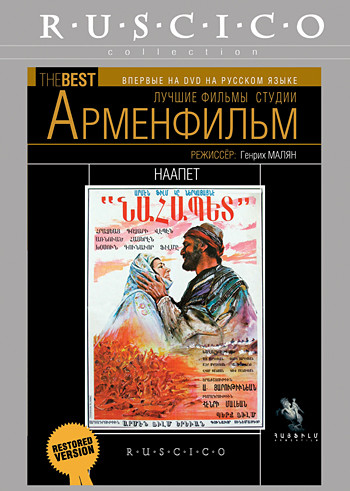 From imdb
Storyline
Nahapet (meaning also patriarch in Armenian) has lost all his family and intimates, his house and properties during the 1915 Genocide. Self-absorbed and reticent, he reminds a withered tree. Same is with the village on the slops of Aragatz mountain where he finds shelter – half-destroyed houses, cowed faces, sun-scorched rocky earth. Could Nahapet find inner strength to build a new house, start a new family, revive the things cast away by the destiny. Eternal story of resurrection, so much symbolic for Armenian nation’s history. Written by Artak END_OF_DOCUMENT_TOKEN_TO_BE_REPLACED

Exploring the art of Armenian portraitist Hakob Hovnatanyan, Parajanov revives the culture of Tbilisi of the 19th century. END_OF_DOCUMENT_TOKEN_TO_BE_REPLACED

Tragic events in Armenian history are echoed in this incisive film. Arakel Eloyan, a survivor of the 1915 genocide, has built a new life with his family in Soviet Armenia.
Still, he longs to once again see his home village, now a part of Turkey. His nostalgic yearning pulls him across the Soviet border, but the Soviet government views his journey as a potential act of treason. END_OF_DOCUMENT_TOKEN_TO_BE_REPLACED

Sergei Parajanov – Sayat Nova AKA The Color of Pomegranates (1968)

Quote:
The work of painter, musician, mystic and filmmaker Sergei Paradjanov (1924-1990) constantly defies categorisation. His films are notable for their lyrical inspiration and great aesthetic beauty, but riled the Soviet authorities to such an extent that Paradjanov faced constant harrassment throughout his life. Like his earlier film, Shadows of Our Forgotten Ancestors (1965), The Colour of Pomegranates was banned…
Ostensibly a biopic of rebellious 18th century Armenian poet Sayat Nova, The Colour of Pomegranates follows the poet’s path from his childhood wool-dying days to his role as a courtier and finally his life as a monk. But Armenian director Sergei Paradjanov warns us from the start that this is no ordinary biopic: “This is not a true biography,” he has his narrator state during the opening credits. END_OF_DOCUMENT_TOKEN_TO_BE_REPLACED 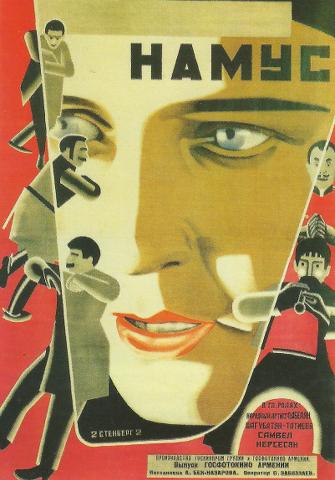 plot:
Young lovers Seyran and Susan meet a tragic fate because of patriarchal prejudices of their parents. Although arranged for marriage in early childhood, and despite youngsters’ love, Barkhudar marries his daughter Susan to another man, as a matter of honour. END_OF_DOCUMENT_TOKEN_TO_BE_REPLACED 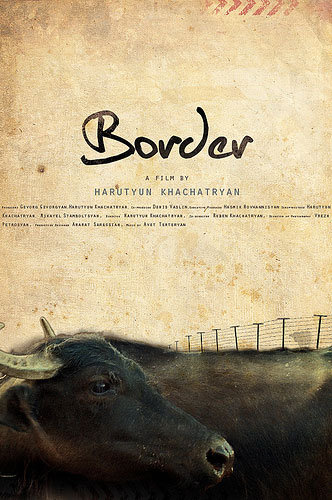 A poetic docu-drama based on real events witnessed by Armenian master Khachatryan. He reflects on the tragedy that befell his people during the conflict between Armenia and Azerbaijan in the 1990s, after the Soviet Union fell apart. He does so without words or indeed human protagonists, through the story of a buffalo who is found stuck in a ditch in the countryside. He is brought to a nearby farm where animals, farmers and refugees are gathered to hide and recover from the conflict. All regard him with great suspicion. We follow life on the farm and in the surrounding villages through the eyes of the buffalo over the course of a year, with the changing of the seasons and the slow rhythm of the place. (WARSAW FILM FESTIVAL) END_OF_DOCUMENT_TOKEN_TO_BE_REPLACED