Synopsis:
This historical epic dramatizes the Battle of Peking, a turning point of the Boxer Rebellion in China in 1900. When Dowager Empress Tzu-Hsi (Flora Robson) orders the Boxers, a group of Chinese secret societies, to massacre foreigners within China, a group of ambassadors, their families and staff hole up in a diplomatic compound. Major Matt Lewis of the United States Marine Corps (Charlton Heston) leads the defense while romancing Russian baroness Natalie Ivanoff (Ava Gardner). END_OF_DOCUMENT_TOKEN_TO_BE_REPLACED

ArtsEmerson writes:
Hemingway’s crestfallen tale of American expatriates in Europe is faithfully refashioned for the screen in Henry King’s 1957 drama. The Lost Generation’s carousing lifestyles and misguided behavior are depicted much like in the original text, with performances rich in contradiction and nostalgic sentimentality. Leo Tover’s Cinemascope cinematography, elegantly reserved and yet aptly illustrative, imbues a lively atmosphere into the film’s famous Pamplona bullfighting scene, and the screenplay retains much of the distinct syntax and rhythm of Hemingway’s printed dialogue. END_OF_DOCUMENT_TOKEN_TO_BE_REPLACED

Synopsis:
At Maria Vargas’ funeral, several people recall who she was and the impact she had on them. Harry Dawes was a not very successful writer/director when he and movie producer Kirk Edwards scouted her at a shabby nightclub where she worked as a flamenco dancer. He convinces her to take a chance on acting and her first film is a huge hit. PR man Oscar Muldoon remembers when Maria was in court supporting her father who was accused of murdering her mother. It was Maria’s testimony that got him off and she was a bigger star than ever. Alberto Bravano, one of the richest men in South America, sets his sights on Maria and she goes off with him – as much to make Edwards angry as anything – but he treats her badly. When she meets Count Vincenzo Torlato-Favrini they fall deeply in love. They are married but theirs is not to be a happy life. END_OF_DOCUMENT_TOKEN_TO_BE_REPLACED 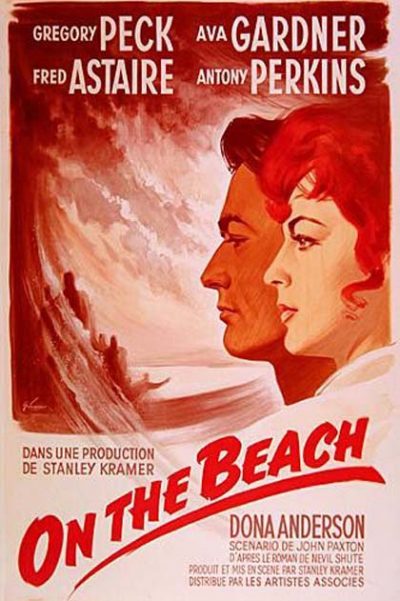 In 1964, nuclear war wipes out humanity in the northern hemisphere; one American submarine finds temporary safe haven in Australia, where life-as-usual covers growing despair. In denial about the loss of his wife and children in the holocaust, American Captain Towers meets careworn but gorgeous Moira Davidson, who begins to fall for him. The sub returns after reconnaissance a month (or less) before the end; will Towers and Moira find comfort with each other? END_OF_DOCUMENT_TOKEN_TO_BE_REPLACED 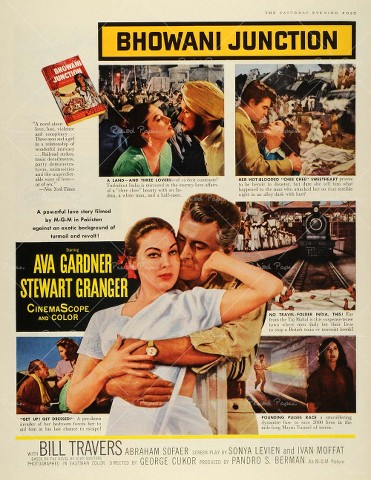 Synopsis
Ava Gardner was never more alluring than as the half-caste heroine of Bhowani Junction. Set during India’s battle for independence from Britain, the film begins with Gardner returning to her native land after spending several years in England. Her true loyalties, and her own sense of who she really is, are put to the test by the two men in her life: Stewart Granger, whose job it is to prevent saboteurs from destroying the trains at Bhowani Junction, and Bill Travers, another half-caste. When she kills a potential rapist in self-defense, Gardner is given comfort by Communist insurrectionist Peter Illing, further dividing her fidelities. A climactic attempt on the life of Mahatma Gandhi provides a rousing finish to this romantic melodrama. Bhowani Junction was adapted from the novel by John Masters. ~ Hal Erickson @allmovie.com END_OF_DOCUMENT_TOKEN_TO_BE_REPLACED