Quote:
A documentary on Jacques Vergès, the controversial lawyer and former Free French Forces guerrilla who has defended unpopular figures such as Nazi war criminal Klaus Barbie and Holocaust denier Roger Garaudy.
Communist, anticolonialist, right-wing extremist? What convictions guide the moral mind of Jacques Vergès? Barbet Schroeder takes us down history’s darkest paths in his attempt to illuminate the mystery behind this enigmatic figure.
A brilliant study in the link between moral corruption and narcissism. END_OF_DOCUMENT_TOKEN_TO_BE_REPLACED

Letterboxd review by chavel ★★★★★
An aerial shot that opens is like no other, it starts overlooking over the exclusive Easton Bay and then turns upwards, with the shot swooping over estate after estate in ritzy Rhode Island for nearly a minute. In an overhead shot, these are the richest looking houses you’ve ever seen, property after property, perfectly, lushly landscaped. END_OF_DOCUMENT_TOKEN_TO_BE_REPLACED 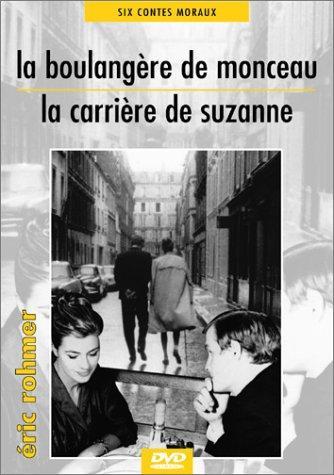 A law student regularly visits a Paris bakery to flirt with a brunette employee. END_OF_DOCUMENT_TOKEN_TO_BE_REPLACED

Quote:
In 1971, the small African nation of Uganda was taken over by self-styled dictator General Idi Amin Dada, beginning an eight-year reign of terror that would result in the deaths of hundreds of thousands. In this chilling yet darkly comic documentary, director Barbet Schroeder turns his cameras on the infamous tyrant, revealing the dynamic, charming, and appallingly dangerous man whose fanatical neuroses held an entire nation in their grip. Made with the full support and participation of the infamous dictator, General Idi Amin Dada provides a candid and disturbing portrait of one of the 20th century’s most notorious figures. END_OF_DOCUMENT_TOKEN_TO_BE_REPLACED

Swaying between pleasure and despair, Elric throws himself into his pathological passion for the casino. Meeting Suzie could have saved him, but the young woman also sinks into gambling hell. The couple then start getting involved in the fearsome world of professional cheaters… END_OF_DOCUMENT_TOKEN_TO_BE_REPLACED

Quote:
A Colombian writer returns to his native Medellín to mourn his lost youth and, while he’s at it, pick up a new one. That, more or less, is the tale that Barbet Schroeder’s new movie has to tell. Schroeder has made some spicy pictures in his time, but this one feels lacklustre by comparison, and the two main performers-Anderson Ballesteros as the hustler and German Jaramillo as his aging mentor-tend to drift through their scenes, trying not to notice the hellfire around them. Whether they are genuinely ground down by the woes of the world or simply exhausted by years of casual sex is hard to work out; to be fair, few directors could make a film about moral anesthesia without sinking into glumness, and Schroeder does a pretty good job of insuring that no one in the audience will book a Colombian vacation in the near future. END_OF_DOCUMENT_TOKEN_TO_BE_REPLACED

Director Barbet Schroeder makes an ambitious attempt to revisit, in spirit, some of the great B-movies and thrillers of the past in ‘Inju, the Beast in the Shadow,’ which starts out as a smart romp through exotic Japan, only to spiral down into disappointing predictability after a hot opening half-hour. Inspired by a book by cult writer Edogawa Rampo and shot in French and Japanese, the film promises much more than it ultimately delivers. Commercial prospects will rest on the imaginatively recreated Kyoto atmosphere and vivid characters, not least a beautiful geisha into S&M. END_OF_DOCUMENT_TOKEN_TO_BE_REPLACED