A political extremist plans to spread stolen nerve gas in a city where a political convention is being held. Government agents are sent to catch him. END_OF_DOCUMENT_TOKEN_TO_BE_REPLACED

Quote:
The killing of a Chinese Bookie was released in 1976 after what Cassavetes
described as a very rushed editing period. The film was a commercial failure
and was pulled from the theaters after seven days. Two years later after the
completion of Opening Night, Cassavets re-edited the film-cutting nearly
thirty minutes-and re-released it in the version presented here. END_OF_DOCUMENT_TOKEN_TO_BE_REPLACED

Quote:
In a murder trial, the defendant says he suffered temporary insanity after the victim raped his wife. What is the truth, and will he win his case? END_OF_DOCUMENT_TOKEN_TO_BE_REPLACED

Quote:
After being released from prison, Billy is set to visit his parents with his wife, whom he does not actually have. This provokes Billy to act out, as he kidnaps a girl and forces her to act as his wife for the visit. END_OF_DOCUMENT_TOKEN_TO_BE_REPLACED 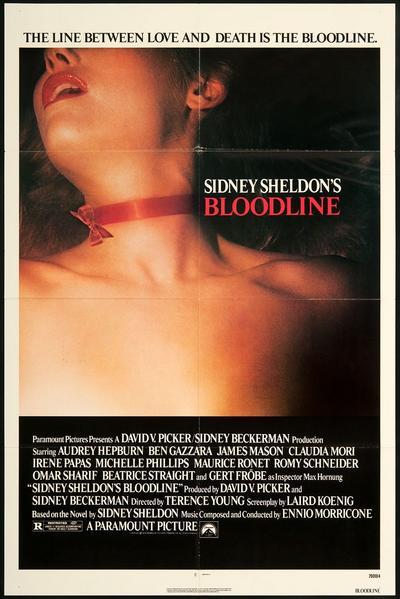 Synopsis:
Sam Roffe, president of a multi-national pharmaceutical corporation, is killed while mountain-climbing. It is first determined to be an accident, but Inspector Max Hormung later deduces that Roffe was murdered. Sam’s daughter Elizabeth assumes control of the company, and while traveling through Europe she immediately becomes a target as well. END_OF_DOCUMENT_TOKEN_TO_BE_REPLACED

Quote:
After a couple of major studio flops, Peter Bogdanovich returned to his 1960s filmmaking roots with this Roger Corman-produced low budget film. Easygoing expatriate Jack Flowers (Ben Gazzara) makes his living in early-1970s Singapore legally and illegally looking after the needs of American and British businessmen, such as the mild-mannered William Leigh (Denholm Elliott). With his gift for putting clients and girls at ease, Jack opens a successful brothel, but pressure from local mobsters soon puts him out of business. Ever the survivor, he starts working for the shady, Cuban-cigar-smoking Eddie Schuman (Bogdanovich) as a pimp for GIs on breaks from Vietnam. But Jack’s conscience starts to dog him when Schuman hires him to take compromising pictures of a visiting Senator (George Lazenby). Adapted by Bogdanovich, Howard O. Sackler, and Paul Theroux from Theroux’s novel, Saint Jack offers a pimp with a heart of gold, who is less an ugly colonial American abroad than an outsider trying to make the best of a bad situation. END_OF_DOCUMENT_TOKEN_TO_BE_REPLACED