Quote:
The sixth feature by Belgian director Fabrice du Welz, Adoration, has screened in a world premiere to the passionate Piazza Grande audience of the Locarno Film Festival. The film follows in the footsteps of Paul, a boy who lives with his mother on the edge of a mysterious forest, in a small house by the entrance of a rather strange hospital. One day, he’s snapped out of his lethargy by a young girl who appears unexpectedly before him, as if an epiphany. Yet the ray of light that is Gloria will gradually reveal a far darker side of her life. END_OF_DOCUMENT_TOKEN_TO_BE_REPLACED 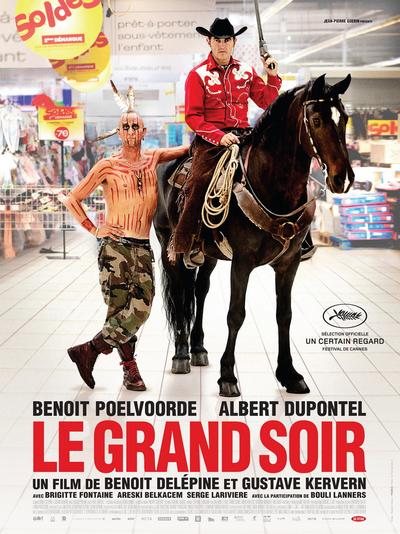 Le grand soir is a 2012 French drama film directed by Benoît Delépine and Gustave de Kervern. The film competed in the Un Certain Regard section at the 2012 Cannes Film Festival where it won the Special Jury Prize.
END_OF_DOCUMENT_TOKEN_TO_BE_REPLACED