In the early 1900’s, the legendary Joe Hill emigrates with his brother to the United States. But after a short time, he loses touch with his brother. Joe gets a few jobs but is struck by all the injustice and tragedy going on. He becomes active in the forbidden union IWW, a union for workers without trades. It is forbidden to demonstrate and to speak in public but Joe gets around that by singing his manifests with the Salvation Army. He manages to get more and more people to get on strike with him but he also makes powerful enemies doing that. Finally he gets connected with a murder and during the trial he fires his lawyer and takes upon himself to become his own defender. END_OF_DOCUMENT_TOKEN_TO_BE_REPLACED

Quote:
Flushed with the success of his Elvira Madigan, Swedish director Bo Widerberg concocted another story of teenaged love juxtaposed with social upheaval in Adalen 31. The title refers to the 1931 worker’s strike against the Adalen paper mill in Northern Sweden. As the strikers debate whether or not to use violence in pressing their complaint, the daughter of the factory owner (Marie De Geer) is impregnated by the son of a worker (Peter Schildt). The strike is “resolved” in a bloody confrontation between the laborers and government troops, resulting in the death of the boy–and, on a greater scale, the collapse of Sweden’s Conservative Government. The girl ultimately opts for an abortion, which partially explains why Adalen 31 was originally given an “X” rating by the then-conservative Motion Picture Association of America. END_OF_DOCUMENT_TOKEN_TO_BE_REPLACED 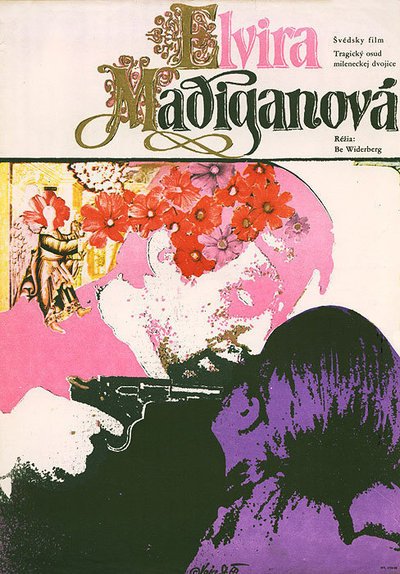 A count and a tightrope dancer fall madly in love, so much so that he deserts the army and his family to run away with her. Set to a Mozart concerto, this film was released in 1967 to rapturous critical acclaim and went on to win Best Actress Award at Cannes for its then 17-year old star, Pia Degermark. END_OF_DOCUMENT_TOKEN_TO_BE_REPLACED

By Roger Ebert / March 20, 1972
The young man looks at the empty lives of the people living on his block, and writes an angry book about the way they’ve been treated. A publisher invites him to Stockholm to discuss the manuscript, but finally patronizes him: “There is a cry of rage here, but it is still inarticulate.” Sobbing with frustration, the young man tells a sympathetic neighbor girl: “Sometimes a cry is so loud it cannot be heard.” They make love that night, the girl becomes pregnant, and before long the young man believes that he has been trapped just as his parents were. END_OF_DOCUMENT_TOKEN_TO_BE_REPLACED

Young Roland wants to write. In desperate need for money, he takes job at an advertising agency. He ends up in a department that advertise cosmetics. He is commissioned to do market research of a new remedy for pimples. END_OF_DOCUMENT_TOKEN_TO_BE_REPLACED

When a police inspector is murdered in hospital, the investigation led by detective Martin Beck uncovers reports of police misconduct and a possible revenge motive. END_OF_DOCUMENT_TOKEN_TO_BE_REPLACED