A relationship gradually develops between a savvy New York street girl and a good-hearted cab driver–who first meet when she stiffs him for the fare–but other matters keep getting in their way, including financial problems and a murder. END_OF_DOCUMENT_TOKEN_TO_BE_REPLACED 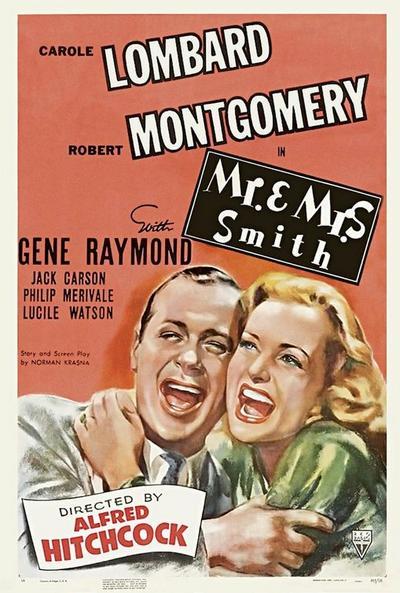 The plot revolves around the Smiths, an otherwise happily married couple (Carole Lombard and Robert Montgomery) who have a shocking conversation over breakfast in which Mr. Smith reveals that if he had to do it all over again, he wouldn’t get married. This sends Mrs. Smith into a huff and she starts PMSing on him. Then the Smiths learn through some contrivance that their marriage isn’t legal and after Mr. Smith doesn’t propose right away, Mrs. Smith goes into a snit and starts seeing other people. From there, the couple vie for each other’s affections by making the other one jealous until they finally realize they’re still in love. END_OF_DOCUMENT_TOKEN_TO_BE_REPLACED