Criterion wrote:
Barbara Stanwyck sizzles, Henry Fonda bumbles, and Preston Sturges runs riot in one of the all-time great screwballs, a pitch-perfect blend of comic zing and swoonworthy romance. Aboard a cruise liner sailing up the coast of South America, Stanwyck’s conniving card sharp sets her sights on Fonda’s nerdy snake researcher, who happens to be the heir to a brewery fortune. But when the con artist falls for her mark, her grift becomes a game of hearts—and she is determined to win it all. One in a string of matchless comedic marvels that Sturges wrote, directed, and produced as part of a dazzling 1940s run, this gender-flipped battle-of-wits farce is perhaps his most emotionally satisfying work, tempering its sparkling wit with a streak of tender poignancy supplied by the sensational Stanwyck at her peak. END_OF_DOCUMENT_TOKEN_TO_BE_REPLACED

Plot:
From the author of The Citadel and in the grand epic tradition of MGM’s adaptations, The Green Years is the moving story of a boy’s difficult growth to manhood. When young Robert Shannon is orphaned, he leaves his home in Ireland and travels to Scotland, home of his maternal grandparents. Growing up in the home of his stern grandfather (Charles Coburn, in an Academy Award®-nominated performance*) is made bearable by his great-grandfather, loving grandmother and kind aunt and uncle. After a rocky adjustment to his new school, Robbie is befriended by Gavin and Allison, whom he grows to love. END_OF_DOCUMENT_TOKEN_TO_BE_REPLACED

A serial killer in London is murdering young women whom he meets through the personal columns of newspapers; he announces each of his murders to the police by sending them a cryptic poem. After a dancer disappears, the police enlist an American friend of hers, Sandra Carpenter, to answer advertisements in the personal columns and so lure the killer. END_OF_DOCUMENT_TOKEN_TO_BE_REPLACED 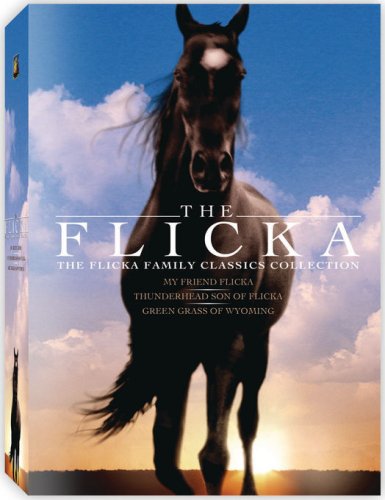 In this sequel to MY FRIEND FLICKA and THUNDERHEAD, young Ken McLaughlin buys a trotting horse named Crown Jewel, intending to train and race her. However, Thunderhead, the stallion he released to the wild, returns and steals Jewel to add to his herd. Ken gets Jewel back and also succeeds in bringing Thunderhead home before competing in a trotting race. His chief opponent is Beaver Greenway, a washed-up former champion driver whose granddaughter Ken is in love with. END_OF_DOCUMENT_TOKEN_TO_BE_REPLACED