In Asakusa, Tokyo, a couple of a violinist Yamano and a revue dancer Hanae lives in poverty. One day Hanae’s little sister rolls into their apartment and begins to stir things up with her riotousness. END_OF_DOCUMENT_TOKEN_TO_BE_REPLACED

Ichikawa’s 1956 adaptation of Nihonbashi was the first to take the work of Kyoka Izumi— until then regarded as a writer of common tragic melodramas—and re-evaluate it as a sanbi-ha work of decadence, aestheticism, and intrigue. Ichikawa’s film presents the tragic plot of the young geisha who is unable to enact her love for a man publicly in any way other than a histrionic story of torment, a heart-rending tale of lovers being crushed by fate. Instead Ichikawa shows the contest of wills that transpires as two geisha, Oko (Chikage Awashima) and Kiyoha (Fujiko Yamamoto) fight for the top spot in Nihonbashi, the pinnacle ot the Tokyo geisha world. Nihonbashi is an elegant, if steely, exposition of manners. The young doctor, Shinzo Katsuragi (Ryuji Shinagawa), is the object of affection for both women, but appears to be more the choice reward for the plotting and thieving of these two early modern superwomen, than a lover they swoon over. END_OF_DOCUMENT_TOKEN_TO_BE_REPLACED

Synopsis:
This ensemble piece recounts the lives of a family of farmers by interweaving several different storylines. Holding these stories together is the central figure of a young war widow torn between maintaining her independence and the necessity of remarrying. This is a familiar predicament for Naruse’s heroines, but the film represents a change of pace for the director in many other ways. For one thing, it is his first widescreen color film. Also, while the typical Naruse film takes place in the city, even if its characters often journey into the countryside, here the setting is resolutely rural. The result traces change in postwar Japan (another typical Naruse concern) from the point of view of the farming peasantry, as land reform and economic growth exacerbate the generation gap between restless youngsters and their tradition-bound elders. END_OF_DOCUMENT_TOKEN_TO_BE_REPLACED

Quote:
A young man and his wife struggle within the confines of their passionless relationship while he has an extramarital romance. END_OF_DOCUMENT_TOKEN_TO_BE_REPLACED 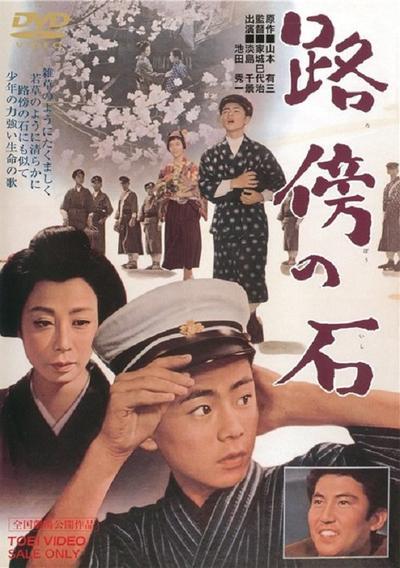 Synopsis:
The Wayside Pebble is an effective drama about the hardships of a childhood spent with a brusque, cold-hearted father and a submissive mother. The year is 1910 and the place is a small Japanese village. Goichi is suffering because he wants to go to school, but his family is too poor to afford that luxury. Even when a kind friend agrees to help out, Goichi’s father refuses to give in to his son’s request for an education. Instead, he sends Goichi off to work as an indentured servant for a cold-hearted merchant and his family. As tragedy strikes and the suffering of the young boy increases, he begins to look for some way out of his bleak situation. END_OF_DOCUMENT_TOKEN_TO_BE_REPLACED

Quote:
An independent-minded 28-year old woman living in cosmopolitan, postwar Tokyo may seem immune from the societal pressures of marriage, but in Noriko’s (Setsuko Hara) environment, it is a perennially surfacing, unavoidable topic. Her father, Shukichi (Ichirô Sugai), and mother, Shige (Chieko Higashiyama), are unable to retire to her uncle’s house in the provincial town of Yamato until their duty to marry off Noriko to a worthy suitor has been fulfilled. Her visits with school friends invariably break down into playful arguments between the married and unmarried women. Even her office director offers to introduce her to a 40-year old business acquaintance, providing her photographs of the obscured prospective suitor to take home to show her family. END_OF_DOCUMENT_TOKEN_TO_BE_REPLACED