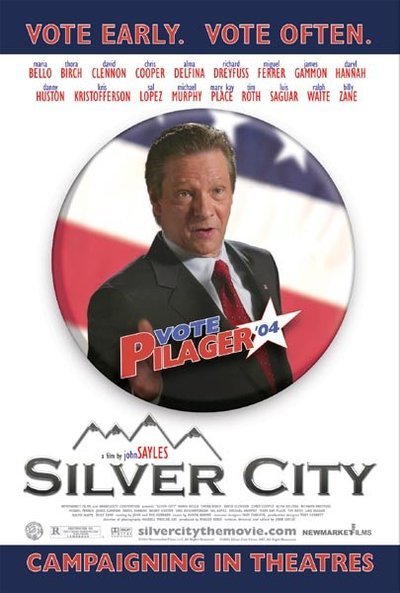 Quote:
The discovery of a corpse threatens to unravel a bumbling local politician’s campaign for governor of Colorado. END_OF_DOCUMENT_TOKEN_TO_BE_REPLACED

Quote:
Very often films which are defiant of genre categorisation can easily come across as messy and imprecise, but in Ira Sachs’ “Married Life,” he blends dark comedy, suspense and stylish melodrama into a contemporary throwback, conceptualised from a male perspective, to the film noir facet of the glamour of the 40’s in a wholesome package that keeps the viewer on their toes every step of the way. Audiences will either revel in the manner in which the film strays from a singular course or they will find annoyance in the seemingly directionless film, with an insubordinate mixture of tones and principles, in a way that very much resembles reality. What the film does not manage to do is balance its daring concept will an entirely fulfilling outcome, and perhaps “Married Life” is too modest for its own good. END_OF_DOCUMENT_TOKEN_TO_BE_REPLACED

Independent filmmaker John Sayles creates one of his more artistic works with this period feature about a volatile 1920s labor dispute in the town of Matewan, West Virginia. Matewan is a coal town where the local miners’ lives are controlled by the powerful Stone Mountain Coal Company. The company practically owns the town, reducing workers’ wages while raising prices at the company-owned supply and grocery. The citizens’ land and homes are not their own, and the future seems dim. When the coal company brings immigrants and minorities to Matewan as cheaper labor, union organizer Joe Kenehan (Chris Cooper) scours the town to unite all miners in a strike. END_OF_DOCUMENT_TOKEN_TO_BE_REPLACED