Synopsis
North of Italy, the von Ketten dispute the forces of the Episcopate of Trent. Herr Ketten seeks marriage in a distant country, Portugal. After their honeymoon journey back home, Ketten leaves again for the war. Eleven years elapsed… Rumours are running about the presence of that ‘foreign’ in the castle. Some say she’s a heretic. Until one day, the Bishop of Trento ends up dying and, with the signature of peace, falls the background of von Ketten’s life. Will the Portuguese win, where death seems to be moving in? END_OF_DOCUMENT_TOKEN_TO_BE_REPLACED

Quote:
In Rita Azevedo Gomes’ A PORTUGUESA, war and love are the absolute values that define the conflict between man and woman. The film is an adaptation of a short story by Robert Musil, as filtered through the spirit of Agustina Bessa-Luis, frequent collaborator of Manoel de Oliveira. Clara Riedenstein plays the enigmatic, unnamed, obstinate, and intelligent protagonist – a woman who, after marrying von Ketten, travels to his country and spends eleven years waiting for his return from war. A PORTUGUESA is a film about patience, stoicism, and strategy that puts in crisis the very notion of action. END_OF_DOCUMENT_TOKEN_TO_BE_REPLACED 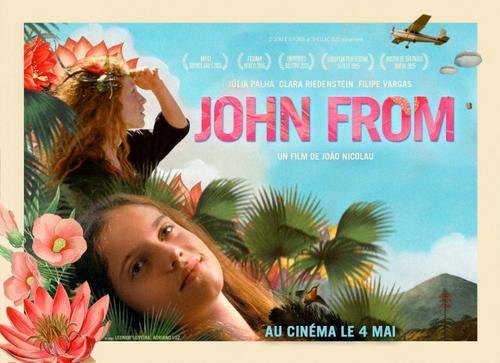 Quote:
Rita has it all. She is 15 years old and the summer is ahead of her. She floods the balcony floor and splashes about while soaking up the mighty sun. She has an ex-future boyfriend and an ever-present best friend. She braids her hair and goes to parties.
Naturally, from Portugal to the South Pacific, this whole fortress gently falls apart when Rita visits the exhibition put on by a new neighbour in the local community center. END_OF_DOCUMENT_TOKEN_TO_BE_REPLACED