Plot:
The year is 1932. At the behest of their teacher, fourth grade schoolchildren in a small Croatian village found an old-style Slavic Zadruga and organize a field trip to Zagreb. On their way back, their teacher gets ill and must stay in a hospital. As the children travel back on their own, the train gets blocked by a snowdrift. With the help of the children, the railroad workers manage to clear the way. END_OF_DOCUMENT_TOKEN_TO_BE_REPLACED

Quote:
Monday or Tuesday (Serbo-Croatian: Ponedjeljak ili utorak) is an acclaimed 1966 Yugoslav drama film directed by Vatroslav Mimica starring Slobodan Dimitrijević. The film’s title is a famous quote from Virginia Woolf’s 1919 work Modern Fiction (and the title of her 1921 short story collection) in which she described her approach to writing: “Examine for a moment an ordinary mind on an ordinary day. The mind receives a myriad impressions—trivial, fantastic, evanescent, or engraved with the sharpness of steel. From all sides they come, an incessant shower of innumerable atoms; and as they fall, as they shape themselves into the life of Monday or Tuesday.” END_OF_DOCUMENT_TOKEN_TO_BE_REPLACED

A thirty-year-old Zrinka arrives to her hometown of Rijeka for few days to do some location scouting for a film she is working on. She stays at her mother Tanja’s place. Zrinka gradually becomes aware of her mother’s strange behaviour. She takes her location scouting in order to spend time with her and find out what is troubling her. Tanja keeps quiet and seclusive until she experiences an emotional breakdown. Zrinka realizes it is now up to her to step up and take on a role of a parent. END_OF_DOCUMENT_TOKEN_TO_BE_REPLACED

Arrival of war and radical political divisions in 1941 introduces anxiety and restlessness into the idyllic atmosphere of the small dalmatian island. Yesterday’s friends and neighbors turn against eachother and start to life threaten eachother. Piero, who started to wear black shirt, comes into conflict with the kind-hearted shopkeeper Kaja, who is associated with the resistance. END_OF_DOCUMENT_TOKEN_TO_BE_REPLACED

Branko Marjanovic – Zastava AKA The Flag (1949)

Plot:
Story about famous ballet dancer Maria who was horrified by the terror of ustasha regime, and joined the partisans… END_OF_DOCUMENT_TOKEN_TO_BE_REPLACED

After their son has been beaten up in the street, parents find their world of false security collapsing and have to re-examine their lives and question everything into what they believed. END_OF_DOCUMENT_TOKEN_TO_BE_REPLACED 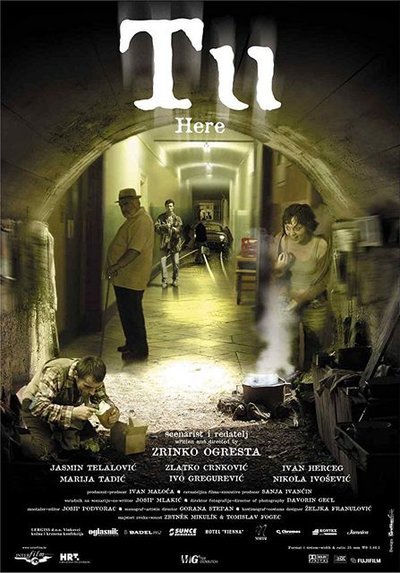