Damiano Damiani – L’istruttoria è chiusa: dimentichi aka The Case Is Closed, Forget It (1971)

“Because of a violation of traffic regulations an architect is put in prison. There he witnesses the grim reality of life behind bars: corrupt staff, corrupt inmates, an inhuman judicial system and the power of the Mafia.

“L´istruttoria e chiusa: dimentichi” – which translates into “The investigation is closed: forget about it” is one in a series of political thrillers Damiano Damiani (when he was good, he could to some extent rival Francesco Rosi, when he became pretentious and preachy he was intolerable) specialized in in the late 60´s through the 70´s. Its overall target is the corrupt Italian state of that day and age. Its means is classic melodrama of the wrongful accused who has to live through purgatory. Because he is wrongful accused, an intellectual and played by the then handsome Franco Nero we pity him for that (there is ample space for the suspicion that we would perceive his private hell in public custody as appropriate were he a criminal).To prove his case Damiani this time took the easy way out and that´s why his film is – judged by Damiani´s own best abilities – bordering on the mediocre side – and still worth watching; which is an achievement in itself.”
by Georgios Tsapanos ( IMDB) END_OF_DOCUMENT_TOKEN_TO_BE_REPLACED

Commissioner Bonavia has hygiene-obsessed mafioso Lipuma release from the insane asylum where he has been incarcerated for the past six years knowing fullwell that Lipuma’s first action once released will be to make an attempt on his former rival Dubrosio’s life.

Indeed this is what Bonavia, who is pursuing his own personal vendetta against Dubrosio is counting on; he knows that there is no point in pursuing legal channels when just about the entirety of the Palmero administration and judiciary is in league with Dubrosio. END_OF_DOCUMENT_TOKEN_TO_BE_REPLACED

Damiano Damiani – Perché si uccide un magistrato? AKA How to Kill a Judge (1974)

International superstar Franco Nero (of DJANGO and DIE HARD 2 fame) stars as Giacomo Solaris, a director whose latest film depicts a prominent Sicilian judge as being on the Mafia’s payroll. But when the actual judge is found murdered, Solaris begins his own investigation. Has the Mob found a way to corrupt the nation’s top prosecutors? Should Solaris’ movie bear some responsibility for the killing? Or will a string of brutal assassinations lead to the most shocking conspiracy of all? END_OF_DOCUMENT_TOKEN_TO_BE_REPLACED 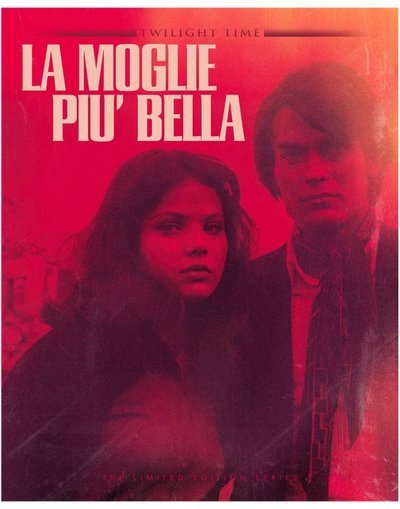 Quote:
Based on the story of Franca Villa and Filippo Melodia. In Sicily, as a Mafia boss leaves for prison, he advises Vito, a young man who’s his potential successor, to marry a virtuous and poor woman. Vito’s eye settles on Francesca, only 15, but lovely and self-possessed. Among her virtues are high self worth and forthright speech, so although she falls in love with Vito, she won’t bow down to him. Believing he’s losing face, he has his boys kidnap her and he rapes her. Then, he tells her he’ll still marry her. Instead, she files charges. Her parents, brother, and neighbors refuse to support her. Will she break? Will Vito continue his assaults? END_OF_DOCUMENT_TOKEN_TO_BE_REPLACED

Damiano Damiani – El chuncho, quien sabe? AKA A Bullet for the General (1967)

Synopsis:
In the rough years of the revolution in Mexico, the hardened bandit chief, El Chucho, is in need of arms, ammunition, and a much-sought-after machine gun to support the leader of the revolution, the rebel General, Elías. With this in mind, Chucho attacks a government supply train and gets an unforeseen assistance from Bill Tate–the American gringo in the impeccable suit–with whom will soon become friends. Now, Bill is truly indispensable to the gang, however, could he be hiding his true objective behind a boyish and calm face? END_OF_DOCUMENT_TOKEN_TO_BE_REPLACED