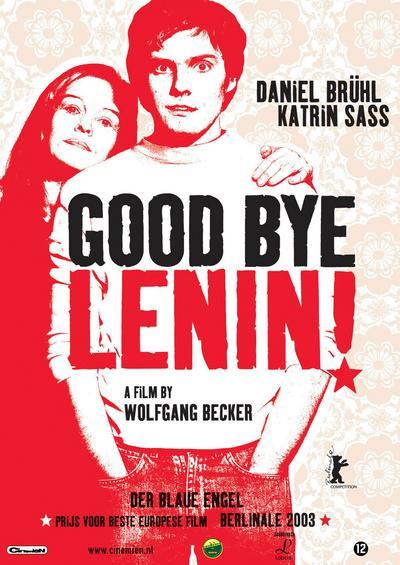 Quote:
If not as dense as Godard’s Masculin Féminin, Wolfgang Becker’s Good Bye, Lenin! is an equally playful look at the effects of American globalization abroad. Christiane Kerner (Katrin Saß) is a Communist party supporter who falls into a coma after a heart attack and sleeps through the fall of the Berlin Wall and the subsequent invasion of America’s fast food joints. Looking to spare his mother further injury, Alex (Daniel Brühl) concocts an elaborate plan to convince the bedridden woman that Communism is still very much alive: He videotapes fake news programs to explain the “Trink Coca-Cola” banner outside her window and makes her believe that her favorite brands of food haven’t been replaced by cheap—but apparently similar tasting—knock-offs from Holland. END_OF_DOCUMENT_TOKEN_TO_BE_REPLACED