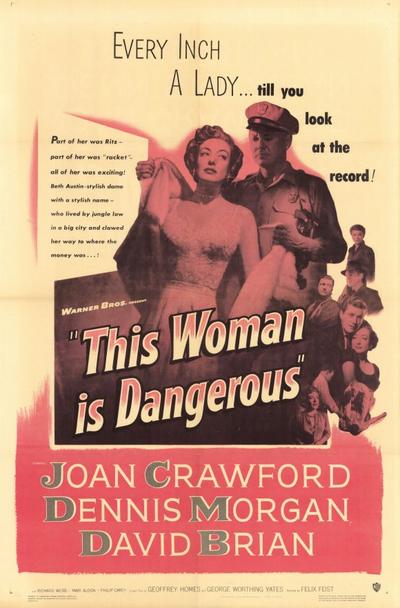 Plot:
A tough lady gangster learns that she will be totally blind within a week. She seeks help from the one eye surgeon who may be able to save her sight. In the process, he also causes her to have a change of heart. Written by Daniel Bubbeo END_OF_DOCUMENT_TOKEN_TO_BE_REPLACED

The Damned Don’t Cry – It’s a man’s world. And Ethel Whitehead learns there’s only one way for a woman to survive in it: be as tempting as a cupcake and as tough as a 75-cent steak. In the first of three collaborations with director Vincent Sherman, Joan Crawford brings hard-boiled glamour and simmering passion to the role of Ethel, who moves from the wrong side of the tracks to a mobster’s mansion to high society one man at a time. Some of those men love her. Some use her. And one a high-rolling racketeer abuses her. When the racketeer murders his rival in Ethel’s swanky living room, she flees a sure murder rap right back to the poverty she thought she had escaped. And this time there may not be a man to pick up the pieces of her shattered life. END_OF_DOCUMENT_TOKEN_TO_BE_REPLACED