ator. After a car accident one day, Cristina brings the helpful Col. Kostik (Donald Pleasence) home and then kills him in self-defense when he violently attempts to rape and murder her. Terrified, she covers up her act and hides the body, yet in spite of her husband’s efforts to protect her, a local police detective starts to figure out what really happened. END_OF_DOCUMENT_TOKEN_TO_BE_REPLACED

John Gilling – The Flesh and the Fiends AKA Mania [+commentary] (1960)

Mania is the venerable Burke and Hare story, previously cinematized by producer Val Lewton as The Body Snatcher. Peter Cushing plays a respectable 19th-century Edinburgh doctor who needs fresh cadavers in order to continue his crucial research. Since the exhuming of bodies for medical purposes is illegal, Lee must rely upon grave-robbers George Rose and Donald Pleasance for his corpse supply. What Lee doesn’t know is that Rose and Pleasance frequently cut out the middleman by “creating” their own corpses. The good doctor catches on when the latest cadaver turns out to be his own fiancee. Its excessively violent climax has prevented Mania from being shown completely intact on commercial television. END_OF_DOCUMENT_TOKEN_TO_BE_REPLACED

Synopsis:
In the film, Helen (Laure Dechasnel), a married woman, leaves Paris for Zurich after breaking up with her lover. Near the border, a fellow passenger, mistakenly takes her passport. This sets up a situation which plunges her into the midst of international intrigue, a violent struggle between multinational corporations abetted by national secret agencies. This production features such international stars as Joesph Cotten, Donald Pleasence, Dennis Hopper and Bruno Cremer. END_OF_DOCUMENT_TOKEN_TO_BE_REPLACED

Synopsis:
Tia and Tony are two orphaned youngsters with extraordinary powers. Lucas Deranian poses as their uncle in order to get the kids into the clutches of Deranian’s megalomanical boss, evil millionaire Aristotle Bolt, who wants to exploit them. Jason, a cynical widower, helps Tia and Tony “escape to witch mountain,” while at the same time Tia and Tony help Jason escape the pain of the loss of his wife. END_OF_DOCUMENT_TOKEN_TO_BE_REPLACED 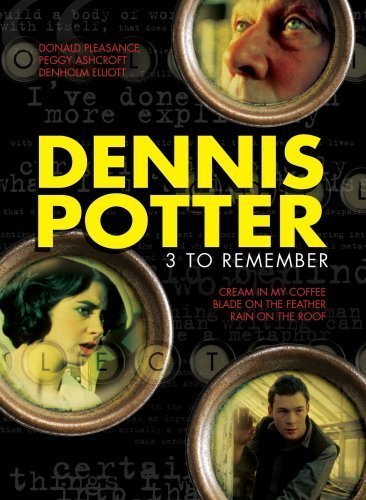 New York Times:
THE setting is a rather grand English country home on the Isle of Wight. Two women are bickering as they play lawn tennis. An elderly man reading beneath a tree spots a fly on his hand and begins having an odd attack. A young stranger suddenly appears and gives the man mouth-to-mouth resuscitation or, so to speak, a kiss of life. Later, the victim will thank him for having braved not only the garlic on his breath but ”an old man’s slack mouth.” END_OF_DOCUMENT_TOKEN_TO_BE_REPLACED

Quote:
Awe-inspiring, brutal and stunning, Wake in Fright is the story of John Grant, a bonded teacher who arrives in the rough outback mining town of Bundanyabba, planning to stay overnight before catching the plane to Sydney. But, as his one night stretches to five, he plunges headlong toward his own destruction. When the alcohol-induced mist lifts, the educated John Grant is no more. Instead there is a self-loathing man in a desolate wasteland, dirty, red-eyed, sitting against a tree and looking at a rifle with one bullet left… Believed lost for many years, Wake in Fright has been painstakingly restored by Australia’s National Film and Sound Archive and AtLab Deluxe, and is presented in its original uncompromising form. END_OF_DOCUMENT_TOKEN_TO_BE_REPLACED

Storyline
The KGB is looking for one of their people, a man named Dalchimsky because he has stolen something important but, unfortunately, he manages to get through the border. Later in the U.S. some seemingly ordinary people after receiving a phone call go out and destroy key American military installations. Back in the U.S.S.R. General Strelsky and Colonel Malchenko send for Grigori Borzov, a KGB agent who has been to the U.S. on missions before. END_OF_DOCUMENT_TOKEN_TO_BE_REPLACED