Quote:
Spanish director and scriptwriter Alejandro Amenábar has gotten a fair amount of attention in the English-speaking world of late, and well-deserved it is. At the moment, he is probably best known for directing The Others, as well as directing and writing Open Your Eyes (Abre los ojos), the outstanding film that spawned a totally unnecessary remake in Vanilla Sky. Amenábar’s film Thesis (original title: Tesis) takes us back to 1996, where we can see that his success is no fluke: it has been in the cards from the beginning. END_OF_DOCUMENT_TOKEN_TO_BE_REPLACED 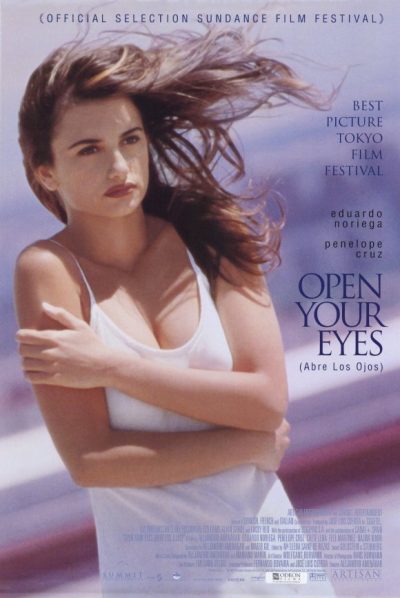 Handsomely filmed in Madrid with an attractive cast, this Spanish feature is unlikely to satisfy those who insist on linear storytelling and pat endings. But in its deliberately vexing way, “Open Your Eyes” is a film with enough intellectual meat on its stylish bones to give more adventurous moviegoers something to chew on afterward. END_OF_DOCUMENT_TOKEN_TO_BE_REPLACED