From IMDB:
A highly styled ‘genre’ film which can perhaps be seen as a pastiche of all gangster movies. Tom Reagan is the laconic anti-hero of this amoral tale which is also, paradoxically, a look at morals within the criminal underworld of the 1930s. Two rival gangs vie for control of a city where the police are pawns, and the periodic busts of illicit drinking establishments are no more than a way for one gang to get back at the other. Black humour and shocking violence compete for screen time as we question whether or not Tom, right-hand man of the Irish mob leader, really has a heart. END_OF_DOCUMENT_TOKEN_TO_BE_REPLACED 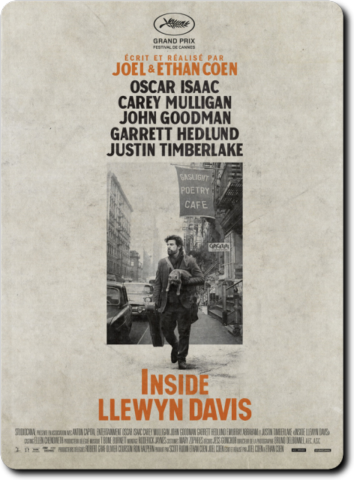 Synopsis
INSIDE LLEWYN DAVIS follows a week in the life of a young folk singer as he navigates the Greenwich Village folk scene of 1961. Llewyn Davis (Oscar Isaac) is at a crossroads. Guitar in tow, huddled against the unforgiving New York winter, he is struggling to make it as a musician against seemingly insurmountable obstacles-some of them of his own making. END_OF_DOCUMENT_TOKEN_TO_BE_REPLACED