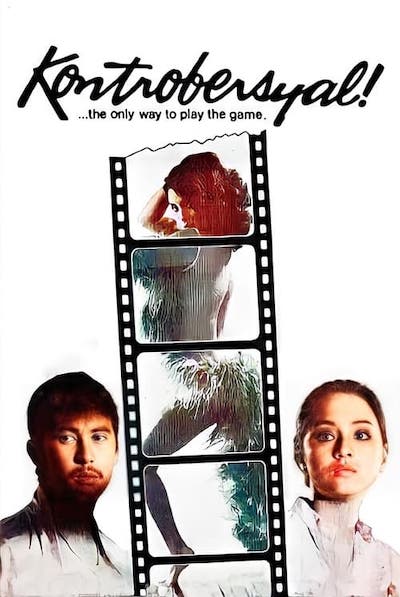 KONTROBERSYAL is one of the classic masterpieces of acclaimed stage and film director, Lino Brocka, in the historical period of the 80’s. A story set in the glitter and glamour of showbiz world. Behind the bright lights, fabulous costumes and larger-than-life sets, real lives are broken and shattered for the hunger for fame and the thirst for money. Karina Daluz (played by Gina Alajar) was blinded by the ill promise of success offered by her producer Mers Madsen (played by Charo Santos). Her walk toward the path to stardom entailed her sanity and corrupted her soul. Her innocence was replaced by wickedness and her once good-natured self, has become the demon that she feared. No love that is forever, no hope to discover for all the people living in KONTROBERSYAL. END_OF_DOCUMENT_TOKEN_TO_BE_REPLACED

In 1971, Director Lino Brocka directs “Stardoom” for Lea Productions, his “indictment of the corruption of values in the local movie industry.” It tells of a frustrated and ambitious stage mother, Toyang (played by Lolita Rodriguez), who forces her son, Joey, into a showbiz career and ultimately ends up in a tragedy. 70s teenage heartthrob, handsome, clean-cut and the boy-next-door type, Walter Navarro starred as the son, Joey Galvez, who at the peak of his stardom was gunned down by his erstwhile girlfriend Nina (Lotis Key), in a fit of jealousy and anger. END_OF_DOCUMENT_TOKEN_TO_BE_REPLACED

The first major epic in the oeuvre of Lav Diaz (b. 1958) is a powerful contemporary portrait of the Filipino diaspora in New York and New Jersey: A Filipino-born detective investigates the murder of Hanzel Harana, a Filipino teenager, and must plod along with tenacity to break through the wall of silence surrounding the boy’s death. The trail of the designer drug “shabu” runs through the film like a bloody trickle, but Diaz delegates the accounts of crime, domestic violence, and the discontent in the souls of his characters to the background for the most part, instead relying on the hypnotic portrait of a decaying life as a symbol of alienation from home. The more we learn about the protagonists, the more complex, intangible, and contradictory our image of them becomes. END_OF_DOCUMENT_TOKEN_TO_BE_REPLACED

From Hong Kong International Film Festival:
Bernal’s impressive debut feature confirmed him as a prominent filmmaker who was not only capable of orchestrating a striking narrative, but also one that revealed the hypocrisy permeating the carnivalesque affairs of filmmaking. The story follows Ching, a stripper, who performs to the lustful stares of her patrons. Discovered by an idealistic film director, she rises to stardom and takes her lover Pinggoy, a taxi driver, into show business. Scrambling to the top, they reap fame and forture only to find tragedies awaiting. Bernal has made startlingly accurate observations of the dichotomies facing Philippine cinema and society, winning Best Film of the Decade in the country’s prestigious Gawad Urian Awards. END_OF_DOCUMENT_TOKEN_TO_BE_REPLACED

In the Philippines of the 1950s, a young boy is growing, but not enough in his parents’ eyes: they subject him to daily stretching exercises and administer a homemade potion that they are trying to commercialise. END_OF_DOCUMENT_TOKEN_TO_BE_REPLACED

Francesca ‘Keka’ Jose is a beautiful young woman working in a call center. wanting to avenge her boyfriend’s death five years ago, Keka undergoes rigid training and hunts down the killers. Everything has been going well until she meets Jason Sanchez, a detective who decides to immerse himself in work after his girlfriend rejected his marriage proposal. They meet and eventually fall in love. But when clues about recent murders lead to Keka, conflict arises. What will Jason do if he finds out that Keka is indeed responsible for the murder? END_OF_DOCUMENT_TOKEN_TO_BE_REPLACED