Plot: Homer Macauley remains in a small town looking after his widowed mother and younger brother. Homer’s older brother is fighting the war in Europe. Written by Anonymous END_OF_DOCUMENT_TOKEN_TO_BE_REPLACED

Casanova Brown is about to marry for the second time. The first just didn’t have the stars aligned up properly, or something like that. But old flames are rekindled in unexpected ways… END_OF_DOCUMENT_TOKEN_TO_BE_REPLACED

The third and definitive film adaptation of L. Frank Baum’s 1900 children’s fantasy, this musical adventure is a genuine family classic that made Judy Garland a star for her heartfelt performance as Dorothy Gale, an orphaned young girl unhappy with her drab black-and-white existence on her aunt and uncle’s dusty Kansas farm.

Dorothy yearns to travel “over the rainbow” to a different world, and she gets her wish when a tornado whisks her and her little dog, Toto, to the Technicolorful land of Oz. Having offended the Wicked Witch of the West (Margaret Hamilton), Dorothy is protected from the old crone’s wrath by the ruby slippers that she wears. END_OF_DOCUMENT_TOKEN_TO_BE_REPLACED 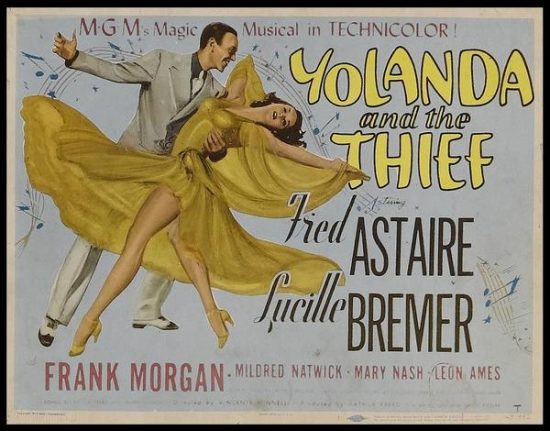 Plot: Johnny Riggs, a con man on the lam, finds himself in a Latin-American country named Patria. There, he overhears a convent-bred rich girl praying to her guardian angel for help in managing her tangled business affairs. Riggs decides to materialize as the girl’s “angel”, gains her unquestioning confidence, and helps himself to the deluded girl’s millions. Just as he and his partner are about to flee Patria with their booty, Riggs realizes he has fallen in love with the girl and returns the money, together with a note that is part confession and part love letter. But the larcenous duo’s escape from Patria turns out to be more difficult than they could ever have imagined. Written by Dan Navarro END_OF_DOCUMENT_TOKEN_TO_BE_REPLACED 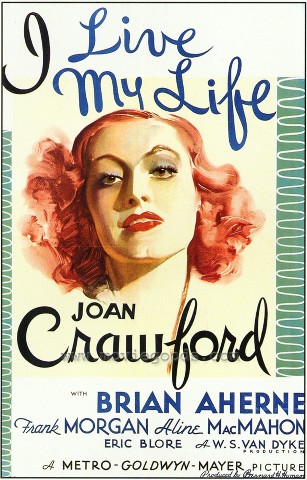 Bored heiress Kay Bentley (Joan Crawford) travelling with her dad (Frank Morgan) on his yacht meets on the Greek island of Naxos handsome Irish archaeologist Terry O’Neill (Brian Aherne), who’s on an archaeological dig for the Pygmalion statue. Learning that he thinks very little of the society jet set Kay tells Terry she’s Ann Morrison, the secretary of Mr. Bentley. They kiss and he falls madly in love, surpisingly following the attractive secretary to New York where he hopes to marry her. Learning the truth, the two have a spat but nevertheless grow fonder of each other. END_OF_DOCUMENT_TOKEN_TO_BE_REPLACED