Love Among the Ruins tells the story of Jessica Medlicott (Hepburn), a wealthy, widowed actress who becomes romantically involved with a fortune-hunting young man named Alfred Pratt (Leigh Lawson). When the scheming Alfred sues Jessica for breach of promise (this means not honouring a proposal of marriage), she is forced to hire legendary barrister Sir Arthur Granville-Jones (Olivier) to defend her. Although Jessica doesn’t remember it, she and Sir Arthur had a brief love affair several decades ago, and the attorney has carried a torch for her ever since. END_OF_DOCUMENT_TOKEN_TO_BE_REPLACED

Liz and Merry Noel become friends as college roommates and their friendship endures over the years. Liz becomes a respected “serious” novelist. Merry Noel marries, has a daughter and writes, too: “trash” fiction which becomes enormously successful. Their story begins in college and jumps ahead some years at a time to show their relationship with each other and those in their orbits as they grow and mature. END_OF_DOCUMENT_TOKEN_TO_BE_REPLACED

Quote:
With this furiously witty comedy of manners, Katharine Hepburn revitalized her career and cemented her status as the era’s most iconic leading lady—thanks in great part to her own shrewd orchestrations. While starring in the Philip Barry stage play The Philadelphia Story, Hepburn acquired the screen rights, handpicking her friend George Cukor to direct. The intoxicating screenplay by Donald Ogden Stewart pits the formidable Philadelphia socialite Tracy Lord (Hepburn, at her most luminous) against various romantic foils, chief among them her charismatic ex-husband (Cary Grant), who disrupts her imminent marriage by paying her family estate a visit, accompanied by a tabloid reporter on assignment to cover the wedding of the year (James Stewart, in his only Academy Award–winning performance). A fast-talking screwball comedy as well as a tale of regret and reconciliation, this convergence of golden-age talent is one of the greatest American films of all time. END_OF_DOCUMENT_TOKEN_TO_BE_REPLACED

Quote:
Two years before stars Katharine Hepburn and Cary Grant and director George Cukor would collaborate on The Philadelphia Story, they brought their timeless talents to this delectable slice of 1930s romantic-comedy perfection, the second film adaptation of a hit 1928 play by Philip Barry. Grant is at his charismatic best as the acrobatically inclined free spirit who, following a whirlwind engagement, literally tumbles into the lives of his fiancée’s aristocratic family—setting up a clash of values with her staid father while firing the rebellious imagination of her brash, black-sheep sister (Hepburn). With a sparkling surface and an undercurrent of melancholy, Holiday is an enchanting ode to nonconformists and pie-in-the-sky dreamers everywhere, as well as a thoughtful reflection on what it truly means to live well. END_OF_DOCUMENT_TOKEN_TO_BE_REPLACED

Orphans Edward “Blackie” Gallagher and Jim Wade are lifelong friends who take different paths in life. Blackie thrives on gambling and grows up to be a hard-nosed racketeer. Bookworm Wade becomes a D.A. vying for the Governorship. When Blackie’s girlfriend Eleanor leaves him and marries the more down to earth Wade, Blackie harbors no resentment. In fact, their friendship is so strong that Blackie murders an attorney threatening to derail Wade’s bid to become Governor. The morally straight Wade’s last job as D.A. is to convict his friend of the murder, and send him to the electric chair. After he becomes Governor, Wade has the authority to commute Blackie’s death sentence– a decision that pits his high moral ethics against a lifelong friendship. END_OF_DOCUMENT_TOKEN_TO_BE_REPLACED

Quote:
After the death of her famous opera-singing aunt, Paula (Ingrid Bergman) is sent to study in Italy to become a great opera singer as well. While there, she falls in love with the charming Gregory Anton (Charles Boyer). The two return to London, and Paula begins to notice strange goings-on: missing pictures, strange footsteps in the night and gaslights that dim without being touched. As she fights to retain her sanity, her new husband’s intentions come into question. END_OF_DOCUMENT_TOKEN_TO_BE_REPLACED 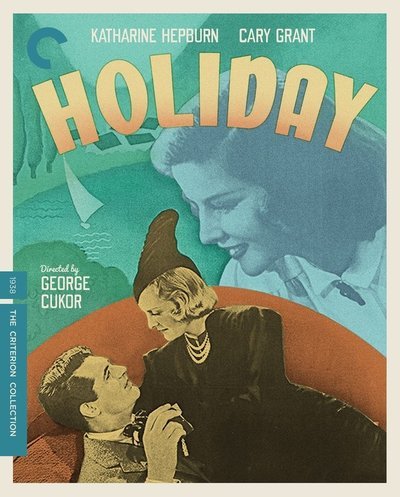 Free-thinking Johnny Case finds himself betrothed to a millionaire’s daughter. When her family, with the exception of black-sheep Linda and drunken Ned, want Johnny to settle a career in finance, he rebels, wishing instead to spend the early years of his life on “holiday.” With the help of his friends Nick and Susan Potter, he makes up his mind as to which is the better course, and who he’d rather take the leap with. END_OF_DOCUMENT_TOKEN_TO_BE_REPLACED