In this movie, Bruce Lee is a very famous martial-arts master who stars in many films. After an unsuccessful murder attempt against him, everyone thinks his is dead, but he’s just hiding, preparing his revenge… END_OF_DOCUMENT_TOKEN_TO_BE_REPLACED 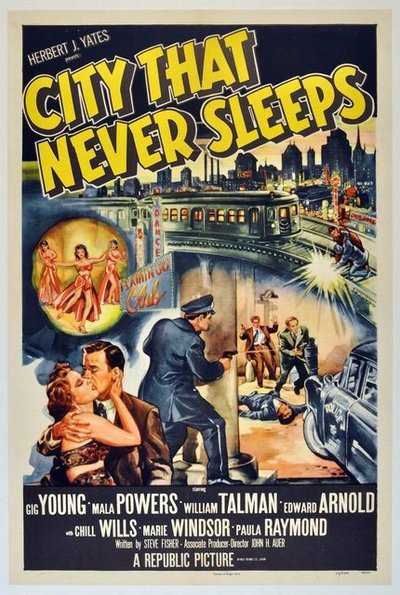 Synopsis:
Uniformed Chicago cop Johnny Kelly, Jr., who originally joined the force to make his policeman father happy, has grown restless in the job and has decided to resign the next day. He allows himself to be compromised by a shady lawyer and has decided to desert his wife because of his obsessive affair with a stripper in a sleazy nightclub. Although the sergeant who partners with him for his last night of duty is a stranger to Kelly, the enigmatic cop seems to know Johnny very well. They leave in a squad car for what will be a very eventful last night on duty for the disillusioned young policeman. END_OF_DOCUMENT_TOKEN_TO_BE_REPLACED

Quote:
A rich businessman and a young woman are attracted to each other, but he only wants an affair while she wants to save herself for marriage. END_OF_DOCUMENT_TOKEN_TO_BE_REPLACED

Quote:
Fortune seeker Barry Storm stumbles onto some clues that may lead him to the fabulous Lost Dutchman Mine, but others have tried and been murdered. END_OF_DOCUMENT_TOKEN_TO_BE_REPLACED

Robert Horton, Amazon.com wrote:
Bette Davis and Miriam Hopkins–a pair of actresses who hated each other–re-mix their chemistry from The Old Maid in Old Acquaintance, an entertaining adaptation of John Van Druten’s play. The action begins with Davis, a semi-famous author, returning to her small town and the home of old friend Hopkins. The later has opted for the settled life of husband and pregnancy, and she doesn’t much hide her envy of Davis’s success. Then the tables turn, as Hopkins pens a series of potboilers that sell much better than her friend-rival’s. The movie keeps checking up on these two as the years pass, each wanting what the other has. END_OF_DOCUMENT_TOKEN_TO_BE_REPLACED

Joan Crawford has another of her star-sized roles….Playing a musical comedy actress in the throes of rehearsal and in love with a blind pianist, she is vivid and irritable, volcanic and feminine. She dances; she pretends to sing; she graciously permits her wide mouth and snappish eyes to be photographed in Technicolor….Here is Joan Crawford all over the screen, in command, in love and in color, a real movie star in what amounts to a carefully produced one-woman show. Miss Crawford’s acting is sheer and colorful as a painted arrow, aimed straight at the sensibilities of her particular fans. END_OF_DOCUMENT_TOKEN_TO_BE_REPLACED

Synopsis:When Jo Morris’ marriage turned sour and heartless, she found sympathy and companionship with widower Larry Ellis. After Jo’s husband is accidentally killed in a struggle over a gun with Larry, the adulterous couple find themselves on trial for their lives, with their lawyers fighting the pair’s reluctance to turn against each other. END_OF_DOCUMENT_TOKEN_TO_BE_REPLACED