Back from the Civil War, Johnny Hamilton learns that his father was murdered by Santana the bandit and that his mother Gertrude married his uncle Claude but Johnny is determined to find out the truth. END_OF_DOCUMENT_TOKEN_TO_BE_REPLACED

Mike and Tony Petrakis are a Greek father and son team who dive for sponges off the coast of Florida. After they are robbed by crooks, Arnold and the Rhys brothers, Mike decides to take his men to the dangerous 12-mile reef to dive for more sponges. Mike suffers a fatal accident when he falls from the reef leaving Tony to carry on the business. But now he has a companion, Gwyneth Rhys. END_OF_DOCUMENT_TOKEN_TO_BE_REPLACED

Quote:In 1946, ex-Navy engineer Steve Martin comes to a Louisiana town with a dream: to build a safe platform for offshore oil drilling. Having finessed financing from a big oil company, formerly penniless Steve and his partner Johnny are in business…and getting interested in shrimp-boat captain Rigaud’s two lovely daughters. But opposition from the fishing community grows fast, led by Stella Rigaud. END_OF_DOCUMENT_TOKEN_TO_BE_REPLACED

Two scuba divers find a shipwreck which may contain undiscovered treasure, however, their attempt to salvage it is threatened by scavengers. END_OF_DOCUMENT_TOKEN_TO_BE_REPLACED 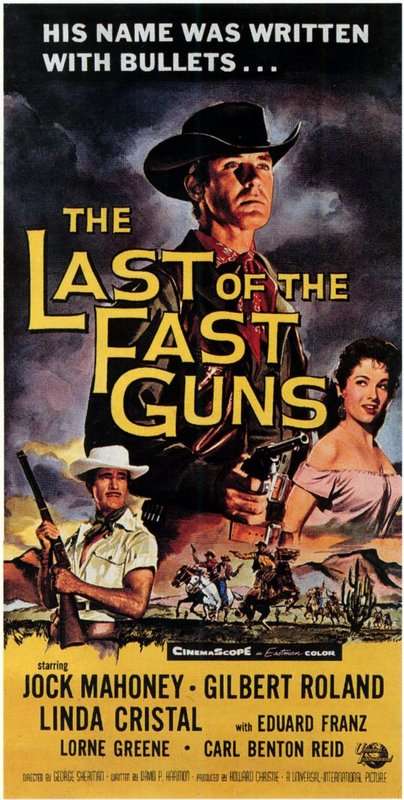 SYNOPSIS:
A rich, dying Easterner hires gunfighterBrad Ellison to find his brother and heir in Mexico.
En route, it becomes clear to Ellison that his is a dying profession. At a remote rancho, Ellison enlists ranch foreman Miles Lang to help him search the hills where the missing man is rumored to have lived. They find nothing …except that someone wants to kill them
and Ellison becomes wrapped in a maze of double crosses.
END_OF_DOCUMENT_TOKEN_TO_BE_REPLACED