Quote:
A graceful Russian ballerina falls in love with an American news correspondent in this comedy-drama. The KGB is most displeased and does everything it can to break them up and eventually, tragically, they succeed. ~ Sandra Brennan, All Movie Guide END_OF_DOCUMENT_TOKEN_TO_BE_REPLACED

Quote:
A New York girl sets her father up with a beautiful woman in a troubled marriage while her stepsister gets engaged. END_OF_DOCUMENT_TOKEN_TO_BE_REPLACED 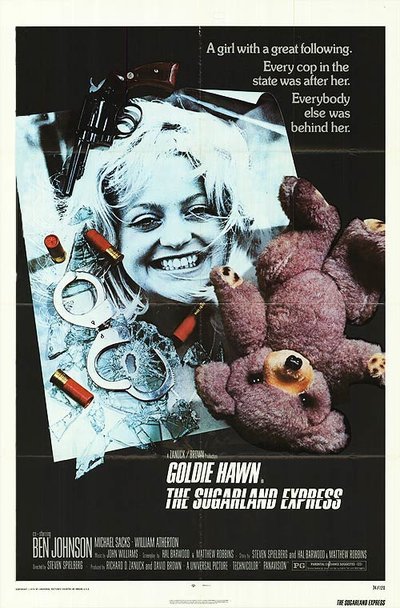 Synopsis:
Lou-Jean, a blonde woman, tells her husband, who is imprisoned, to escape. They plan to kidnap their own child, who was placed with foster parents. The escape is partly successful, they take a hostage, who is a policeman and are pursued through to Texas… END_OF_DOCUMENT_TOKEN_TO_BE_REPLACED

Plot Synopsis from allmovie.com
A frankly adult comedy about the sex lives of the aimless and the rich, Shampoo is also a pointed commentary on the demise of 1960s idealism at the dawn of the Nixon era. It is Election Day, 1968, and randy Beverly Hills hairdresser George Roundy (Warren Beatty) is too worried about attending to all of his women’s tonsorial and sexual needs, while trying to swing a bank loan to fund his own salon, to notice the fateful Presidential race. As George juggles the demands of girlfriend Jill (Goldie Hawn) and mistress Felicia (Lee Grant), not to mention Felicia’s daughter (Carrie Fisher), he meets Felicia’s husband Lester (Jack Warden) to get money for the salon and discovers that his beloved ex-girlfriend Jackie (Julie Christie) is now Lester’s mistress. END_OF_DOCUMENT_TOKEN_TO_BE_REPLACED